Barcelona went top of La Liga and pulled four points clear of Real Madrid - but will face their rivals next week without talisman Lionel Messi.

Messi was substituted midway through the first half of Saturday's 4-2 win over Sevilla after he fell awkwardly and was taken to hospital where scans showed he has a fracture in his right arm and will miss around three weeks.

Before his injury, the Argentina great set up Philippe Coutinho's opener and then put Barca 2-0 up inside 12 minutes. 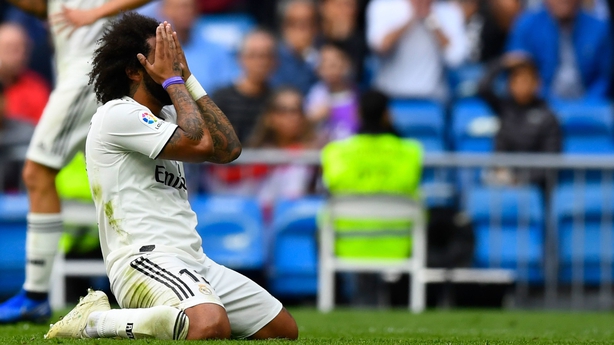 Real were earlier beaten 2-1 at home by Levante to lose further ground on the leaders.

They languish in fifth place behind surprise package Alaves, Sevilla and Atletico Madrid.

Jose Luis Morales and Roger Marti scored in the first quarter-hour, the latter from a penalty, to put Levante two up. Marcelo pulled one back, but Julen Lopetegui's side could not find an equaliser.

Atletico Madrid were held 1-1 at Villarreal. Filipe Luis gave Diego Simeone's side the lead, but Mario Gaspar soon equalised to earn the Yellow Submarine a point.

It was the same scoreline between Valencia and Leganes as Gerard Gumbau's penalty put the visitors in front but Jose Gaya's late goal levelled matter for Los Che.