American billionaire Shahid Khan has withdrawn his offer to buy Wembley Stadium from the Football Association.

The proposed deal was worth £900m and the FA intended to spend the windfall on transforming grassroots facilities across the country over the next 20 years.

But the idea of selling the stadium, which cost £757m to build, has always been controversial with many in the game and Khan, who owns Fulham and the National Football League's Jacksonville Jaguars, has now given up trying to win them over.

In a statement, FA chief executive Martin Glenn said: "Shahid Khan has informed us today that he will be withdrawing his offer to buy the stadium - and we fully respect his decision.

"Mr Khan believed his offer to buy Wembley Stadium would release funds to help improve community football facilities in England and that it would be well received by all football stakeholders.

"At a recent meeting with Mr Khan he expressed to us that, without stronger support from within the game, his offer is being seen as more divisive than it was anticipated to be and has decided to withdraw his proposal."

Glenn, who has lobbied hard for the deal, added that the "iconic venue...will continue to thrive under the ownership and direction of the FA" and noted that the debate sparked by Khan's offer has "raised awareness" of the need to upgrade England's community facilities.

As well as having the support of the FA's senior leadership, the proposed deal was backed by the government and the professional game, but there were significant doubts elsewhere, most notably at the grassroots level itself.

Khan had eventually hoped to use Wembley as a home for his relocated Jaguars and was willing to agree to a number of highly restrictive conditions on how he would run the national stadium, most notably in terms of maintaining it as a venue for all of English football's biggest games.

But concerns about whether the FA was selling the family silver too cheaply, its ability to spend the money wisely and Khan's long-term plans for the stadium have all conspired against the sale.

The unlikelihood of this position changing became obvious at a meeting of the FA Council last week, when the room was evenly split, something the FA's own nation-wide consultation with coaches, fans, players and officials had already discovered.

The Council was scheduled to meet again on Tuesday to vote on the matter, but that meeting will now presumably be cancelled. 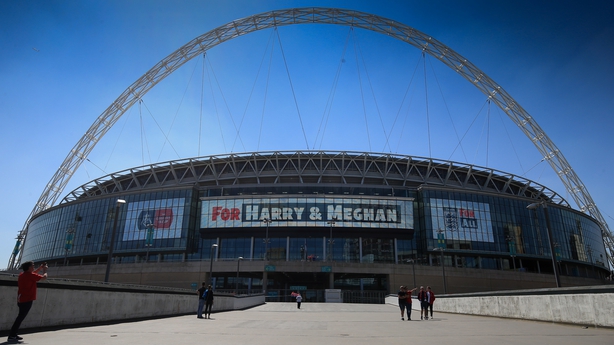 In a statement, Khan said: "I've been clear publicly as well as in my correspondence with the FA Council that it would require a proper partnership, with the full and enthusiastic commitment of all involved, to maximise the benefits to the FA and game of football by way of 100 per cent private ownership of Wembley Stadium.

"At this moment, following last week's FA Council hearing, it appears there is no definitive mandate to sell Wembley and my current proposal, subsequently, would earn the backing of only a slim majority of the FA Council, well short of the conclusive margin that the FA chairman has required.

"The intent of my efforts was, and is, to do right by everyone in a manner that strengthens the English game and brings people together, not divides them.

"Unfortunately, given where we are today, I've concluded that the outcome of a vote next week would be far from sufficient in expressing the broad support favoured by the FA chairman to sell Wembley Stadium.

"Until a time when it is evident there is an unmistakable directive from the FA to explore and close a sale, I am respectfully withdrawing my offer to purchase Wembley Stadium."

The 68-year-old businessman added that he "cannot rule out" coming back to the table at some point in the future if "the Football Association family is unified" on the deal's merits, but said the "journey was not without its rewards", as he made new friends along the way and would be "willing to re-engage with the FA on this matter under proper circumstances"