England should have secured their first Nations League victory after Gareth Southgate's men dealt with the quirks of playing behind closed doors and had the best chances against Croatia.

Just 93 days after the Three Lions lost to Zlatko Dalic's men in the World Cup semi-finals, the countries met in surroundings that could scarcely have been more different to July's huge encounter at the packed Luzhniki.

The virtually-empty Stadion HNK Rijeka hosted England's first-ever match behind closed doors as Croatia completed a ground ban imposed by UEFA for having a swastika on the pitch during a Euro 2016 qualifier against Italy.

Eric Dier and Harry Kane hit the woodwork on a night when Marcus Rashford wasted two great chances, meaning the opportunity to exact World Cup revenge went begging as the Group A4 encounter ended 0-0 on a strange night for all involved. 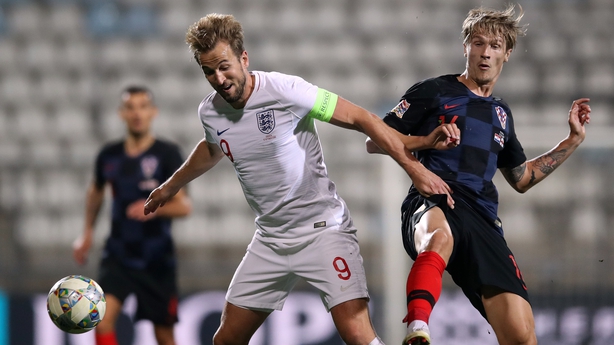 Every shout, kick and challenge was audible in the match played out in front of a few hundred officials and journalists. You could even hear the beeping of an ambulance reversing behind one of the goals.

There were regular, distant cries from a small group of hardy England fans that had found a vantage point high above one of the stands, but those efforts were rewarded with a poor first half in which Dier hit the post late on.

England improved after the break as Kane hit the woodwork before Rashford missed two fine chances, while Ante Rebic curled just wide for a Croatia side that had lost their Nations League opener 6-0 in Spain.

Southgate's men face their own Spanish test on Monday without the suspended Jordan Henderson and John Stones, but there are certainly promising moments to build on.