Under-pressure Jose Mourinho should not be held solely responsible for Manchester United's struggles this season, according to Frank Lampard and Wayne Rooney.

Mourinho's problems keep stacking up as he faces the possibility of a Football Association charge later this week for his comments as he walked along the touchline immediately after his side defeated Newcastle at the weekend.

The result - United came from 2-0 down to win 3-2 at Old Trafford - relieved some of the strain on Mourinho, although the Red Devils are already cut adrift from the leading Premier League contenders.

Three defeats in eight league matches have led to questions about Mourinho's future at United, but both Lampard and Rooney believe the players need to take some responsibility for their current plight.

Derby boss Lampard, who worked under Mourinho at Chelsea, told Press Association Sport: "They're a team full of quality players; a club that success is demanded of, week-in, week-out, season on season.

"For Jose Mourinho, being a manager myself now, I know how tough it is when things aren't quite going right.
"(The result against Newcastle) was a massive win, which I was personally very happy with for him, and now it's down to the players. The players have to perform at the level they did in the second half against Newcastle every week."

Former United striker Rooney echoed his former England team-mate's sentiments. The DC United frontman told the Daily Telegraph: "It's tough [at United], it has been a tough situation.

"The players, the manager, it has been a tough start to the season. I know Jose is getting a load of stick, but I said a few weeks ago, the players have to stand up. They have to be counted and they have to be better.

"The manager can do so much, but then it is down to the players on the pitch to produce and probably collectively. It [the poor run of form] is a bit of everything coming together, but Jose is an easy target. Some of the players have to be better."

Former United manager David Moyes experienced the ruthlessness of executive vice-chairman Ed Woodward's regime when he was dismissed during his first season at the club, despite having the support of his influential predecessor Sir Alex Ferguson. 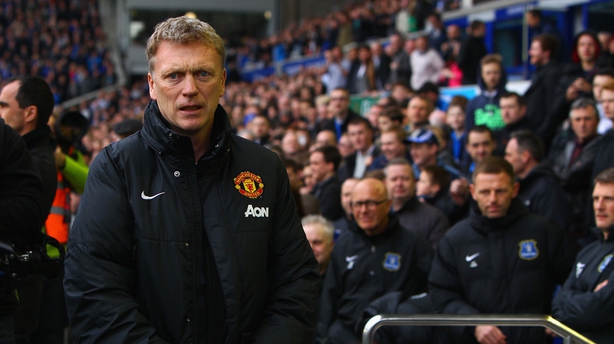 Louis van Gaal was similarly sacked despite winning the FA Cup, but, even amid the intense pressure surrounding Mourinho, Moyes senses the former Chelsea boss will be given the time he was not afforded.

"I think the club are firmly behind the manager, and he's been a winner, Jose, throughout his career, so I don't see why that should suddenly change," the Scot told Press Association Sport.

"It was a great result (against Newcastle) - any team that comes from 2-0 down. But the one thing that happens at Old Trafford is the crowd gets right behind you, and is always supportive of the manager and the players.

"They knew that the team needed help. The support helped them and it was a great win for them - for any team to come from 2-0 down is a great result."

The FA is understood to be investigating Mourinho after footage showed him saying something - at one point while looking into a camera - as he headed towards the tunnel after the win over Rafael Benitez's men.
Mourinho also made a gesture with his right hand while speaking, pointing with his little finger.

The FA can issue a touchline ban if the language is found to be 'offensive, insulting or abusive'.