Ian Morris says his incredible 40-yard strike against Cork City was of little consolation as the Gypsies bowed out of the FAI Cup at the penultimate stage of the competition.

John Caulfield's side booked their passage into a fourth successive final courtesy of a dominant first-half display with goals from Graham Cummins and Karl Sheppard, but Morris’ long-range effort was an internet sensation, closing in on 700,000 views worldwide.

The Dubliner gathered possession from the halfway line on the hour mark, took one touch and composed himself before unleashing a powerful shot from over 40 yards which bounced over the line after hitting the post.

"As soon as I hit it I thought it had a chance of going in. I was delighted to get the goal, but it doesn’t mean much when you are not going out at the Aviva Stadium.

Ian Morris says his goal for @bfcdublin versus Cork City would 'definitely be in his top 5' #RTEsoccer pic.twitter.com/qXCX8jVCl7

"Absolutely gutted," was the honest assessment post-match. "After last Sunday I thought we were home and hosed. What happened, happened.

"Cork bombarded us early, we had to compete a lot. We didn’t pass the ball as well as we could have," adding that the visitors only showed their recent form after the break."

With more than 700 fans making the trip to Leeside, Morris says the team felt they owed the travelling support a positive result and date with Dundalk in the cup decider.

"We feel like we let them down because of what they have given us throughout the season."

Pressed on where the goal ranked in his career, Morris joked: "It would definitely be in the top five." 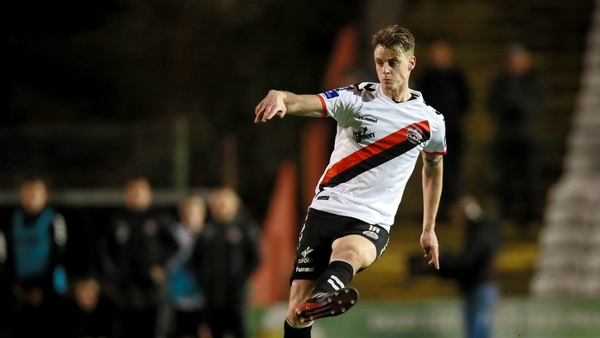