The weekend began with newspaper reports that Mourinho would be sacked by United within hours and it appeared that could well come true as his side quickly fell 2-0 behind to winless Newcastle at Old Trafford.

But Juan Mata and Anthony Martial brought United level before Alexis Sanchez won it at the death.

Former United captain Ince told Radio 5 Live's Sportsweek that he feared United might have been 4-0 down at the break, but was impressed with the fight shown after the interval.

"I've always thought that results can change things," he said. "Everyone was saying the players don't want to play (for Mourinho), they don't want to fight.

"After the second half against Newcastle people might think differently.

"We all know one swallow doesn't make a summer, so are we papering over the cracks because they came back? To some extent, yeah, we are but it was an important result because they had to win after all the reports of Mourinho leaving.

"After the game I'd like to think that's a game to push Manchester United on. I'm not saying they will start challenging City and Liverpool for the title but it gives them some respite after everything that has been going on."

But in order to fully turn the club around, Ince suggested Mourinho needed to change both his managerial style and his tactics - pointing to his fractious relationship with Paul Pogba and his defensive style. 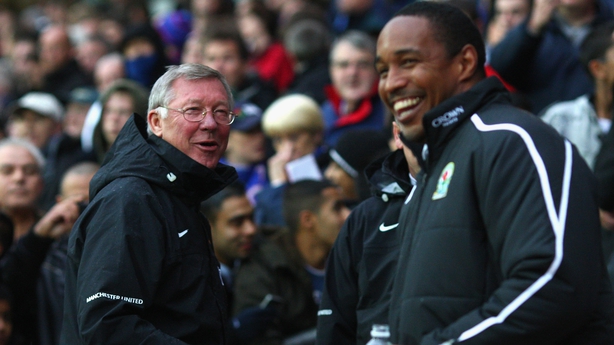 "Players have changed," Ince said. "We're not in the era where Sir Alex Ferguson could come in and slaughter me or Roy Keane or Mark Hughes and we'll respond to what he's saying.

"Players are a little more fragile to a certain extent and they need an arm around the shoulder, they need a lift, they need someone to say they are good players for them to respond.

"I hope (Mourinho stays) because Manchester United had Sir Alex Ferguson for so long and I don't want us to become a yo-yo club with managers sacked every two years.

"What Mourinho has to understand is the game has evolved. It's not like when he was at Inter Milan in the Champions League and he could park the bus defensively.

"The philosophy he's had at Chelsea and Real Madrid has been different to what it should be at Manchester United.

"Manchester United has a tradition of playing attacking football. Yes they want to win trophies but you don't need to win a trophy every week. They want to see entertaining football.

"Hopefully Mourinho stays, I'd like him to stay but he has to start changing his methods from those he's used for years and understand the game's gone forward.

"Don't be a dinosaur, and start attacking teams like we did over the years."