Morata missed a host of chances in the opening Group L win at PAOK in Greece two weeks ago and spurned a glorious opportunity in the first half on Thursday night.

The 25-year-old made amends with 20 minutes to go, but only after Chelsea boss Maurizio Sarri had turned to Eden Hazard in a bid to break a deadlock which stood due to the Blues' wasteful finishing.

Ross Barkley, another substitute, headed Hazard's free-kick against the crossbar when Chelsea were 1-0 up, but there were anxious moments before the Blues secured a second win from two games.

With the most difficult Europa League hurdle overcome in Greece, there was an expectation of a comfortable win on Thursday night. 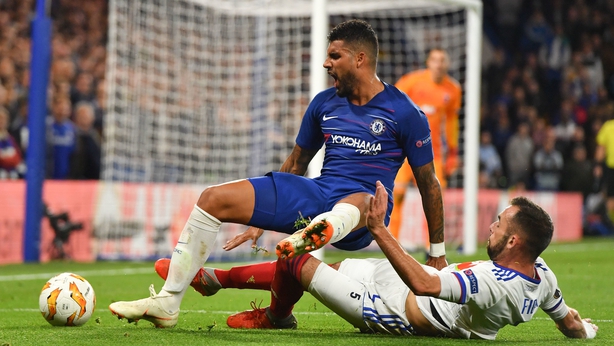 Ruben Loftus-Cheek was making his first Chelsea start since January 2017 as one of eight changes following last Saturday's Premier League draw with Liverpool.

In his seven appearances since his last start - two of them this season, following last term's loan stint at Crystal Palace - Loftus-Cheek had played 54 minutes in all.

The 22-year-old lost his England place to Barkley, in part due to a recent injury, and his direct dribbling troubled Vidi.

The midfielder required a change of shirt due to a tear on the back after 15 minutes, by which time Chelsea should have been ahead.

Emerson Palmieri danced through three would-be tacklers to find himself 10 yards out but, with just the goalkeeper to beat, the Brazilian blasted the ball over.

Morata, called up by Spain earlier on Thursday, had an even more straightforward chance after 17 minutes. 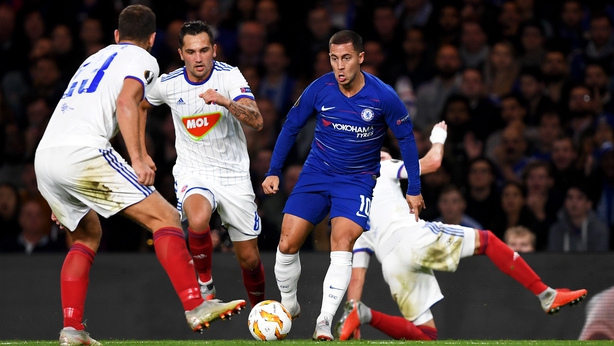 Pedro fed Morata, who took one touch and prodded his second over goalkeeper Tomas Tujvel, but wide of the goal.

Morata then felt he was impeded as he tried to sweep in a lofted Willian free-kick, but no foul was given. Another chance missed.

Some have drawn comparisons between Morata and his compatriot Fernando Torres, but for all his foibles, Torres enjoyed a fine goalscoring sequence in the Europa League when Chelsea won the competition in 2013.

Too often Loftus-Cheek took one too many touches and lost possession, but he had reason to feel aggrieved when a challenge by Paulo Vinicius went unpunished. Chelsea felt they should have had a penalty.

A failure to convert their chances, once again, made for anxious moments for the Blues.

Loic Nego almost nipped in between Andreas Christensen and Kepa Arrizabalaga and next Gary Cahill appeared to catch Boban Nikolov from behind on the edge of the area, but no foul was given by referee Miroslav Zelinka.

Nego, a one-time Charlton player, was denied by Kepa either side of half-time.

And Sarri had seen enough. Hazard, left at home for the opening win at PAOK, replaced Pedro and Barkley went on for Loftus-Cheek. 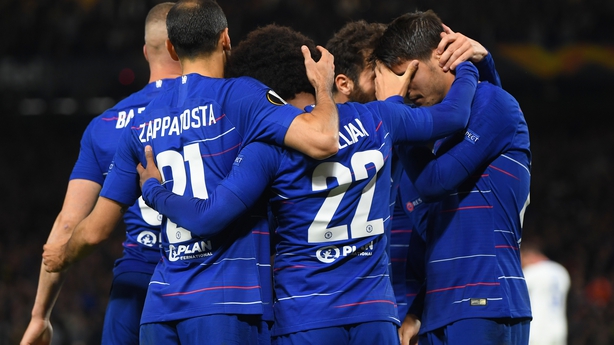 Still Chelsea toiled. Morata's frustrations were evident. He remonstrated with his marker, Roland Juhasz, before being booked for his complaints.

Morata finally focused on his task as Chelsea made the breakthrough.

Cesc Fabregas' cross from the right channel was flicked on by Willian and Morata got in front of his marker to prod the ball in for his second goal of the season.

A Hazard free-kick was flicked on by Barkley on to the crossbar as Chelsea went close to doubling their lead.

Vidi might have been level when substitute Istvan Kovacs stole in behind the Chelsea defence, forcing Kepa into a smart save.

Morata shot wide across goal as another chance was missed.