Chris Hughton believes Declan Rice should make the decision that suits him best on his international future.

Brighton boss Hughton tipped West ham defender Rice for a long glittering career, but insisted only the 19-year-old himself can choose between committing to the Republic of Ireland or switching allegiances to England.

Hughton was born in London to a Ghanaian father and Irish mother, and won 53 caps for the Republic of Ireland.

The 59-year-old admitted he feels for Rice, with the teenager asking for more time to choose between the Irish and English, having already won three friendly caps for Ireland.

"I would always sympathise with the situation, because he’s the one who has to make the decision," said Hughton, ahead of Brighton facing West Ham and the highly-rated Rice at the Amex Stadium on Friday night.

"There isn’t anybody really that can make that decision for him.

"What can happen is that close people around you, your family, the club, can try and guide him.

"But everybody has different situations. What he is is a very, very good young player that I like a lot.

"Hence the reason why he’s in the West Ham team at the moment.

"But as regards any decisions he could make, it’s only him who can make those decisions.

"And I’m sure that whatever he does will be the right decision for him." 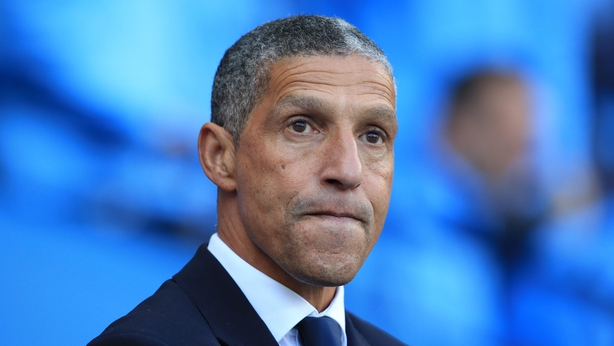 Hughton made his Republic of Ireland debut in 1979, less than two years on from breaking into the Tottenham side.

The plain-speaking Brighton boss still looks back on his own decision to represent Ireland with nothing but pride.

"My situation was I broke into the Spurs team, and was doing well, there were some rumours and murmurs about some England interest, but nothing official," said Hughton.

"What I did have was an official approach from the Irish FA. And at that stage I didn’t think twice about it.

"They were the ones that made an official approach to me.

"And for me at that time, my background had been a little different.

"I hadn’t played any international football at age group level before, I hadn’t had that type of recognition at a young age.

"So in some ways I’d burst onto the scenes as a surprise to some. So my decision at the time wasn’t a difficult decision for me.

"What I could have done was chosen not to, and then not had any approach from anybody else.

"It was a decision I made and I was delighted to make that decision."