Jurgen Klopp refused to criticise Liverpool attacker Mo Salah after the Egyptian's patchy form continued in the 1-1 draw at Chelsea.

Salah was phenomenal for the Reds last season but has been relatively quiet so far this term. He was taken off with Liverpool trailing by a goal on Saturday after an off-colour performance in which he spurned some golden chances but his manager fully expects him to come good soon.

"In a game like this constantly in situations he comes in, that makes you a world class player. You fail, you miss, whatever, that happens.

"He wants to be decisive, he wants to score in these situations.

"The first ball he missed it was not the right position. The next one he passed. Why? He could've finished again.

"It's like riding a bike. It's not like you wake up in the morning and you cannot finish any more or cannot ride a bike any more." 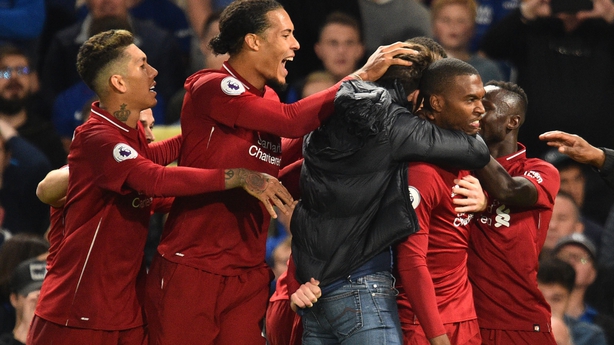 Renaissance man Daniel Sturridge proved that fact again, striking from 25 yards at his former club after years of injury after injury.

"He's in the best shape since I've known him," Klopp added.

"It's really cool. I'm really happy for him.

"When he came in the dressing room it was pretty loud. The boys were really happy for him because he's in a good moment."