Frank Lampard will take his Derby side to former club Chelsea in the fourth round of the Carabao Cup next month.

The former Blues midfielder, in his first managerial job with the Rams, won every major trophy during 13 years as a player at Stamford Bridge.

Much of that time was spent under Jose Mourinho, whose Manchester United team Lampard knocked out in the previous round this week.

Derby's reward for the penalty shoot-out win at Old Trafford is a trip to Stamford Bridge, where Lampard is the club's all-time leading scorer with 211 goals in all competitions.

Holders Manchester City will host Fulham. Pep Guardiola's side were the first to be pulled out during Saturday night's draw.

The two teams have already played this season in the Premier League, with City winning 3-0 at the Etihad Stadium this month.

That is one of three all-Premier League ties, including a London derby between West Ham and Tottenham, while the winner of Everton against Southampton will face an away tie at Leicester. 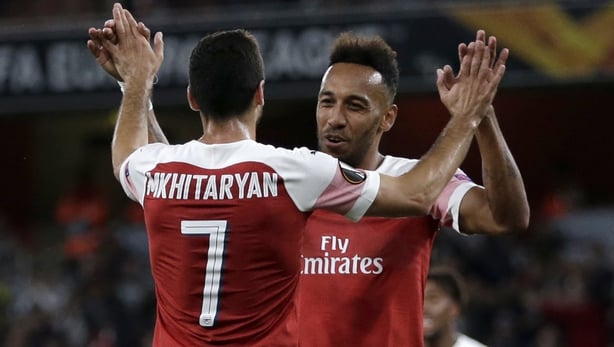 Arsenal, runners-up last season, will host League One side Blackpool.

Burton are another League One side still left in and Brewers boss Nigel Clough, whose team are the lowest-ranked remaining in the competition, will welcome his former club Nottingham Forest to the Pirelli Stadium.

Clough won the League Cup twice as a player with Forest and he has steered Burton through to the fourth round for the first time in the club's history.

The ties are to be played the week commencing October 29.