The pain of last November's FAI Cup final defeat to Cork City has been gnawing away at Dundalk keeper Gary Rogers, who says only victory this year will heal the wounds.

The Lilywhites lost on penalties to Cork at the Aviva Stadium. A year before that they were beaten by the Leesiders in extra-time, Sean Maguire turning home the winner at the death.

Dundalk need just one point from their last four games to wrestle back the Airtricity League Premier Division title from Cork's grasp and, having edged past UCD in Friday night's semi-final, they will get another crack at lifting the FAI Cup.

"To play in the national stadium in the biggest game of the season, it's something everyone wants to do," 37-year-old Rogers told RTÉ Sport. 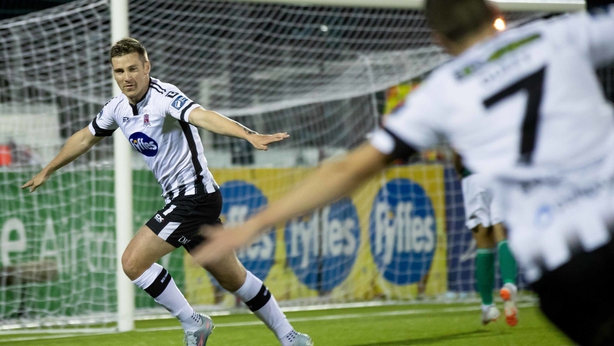 "We were every disappointed last year to lose on penalties. It's been eating away at me all year. The fact we got beat last year in the way we did, I've just been itching to get back there and hopefully go and win the final.

"The last two finals we lost out but the margins were very fine."

Rogers' mantelpiece is hardly bare. The Meath man has won trophies with Drogheda United, Sligo Rovers and Dundalk but the hunger to succeed remains.

"Individually and collectively everyone is very driven," he added.

"Everyone wants to achieve. I'm the same. I wouldn't be playing at the age of 37 if I didn't want to go and win stuff and achieve. The ethos and the culture n the club is that everyone works hard every day of the week. There's no one cutting corners.