Jose Mourinho insists he relishes the pressure cup competitions can create as he seeks to draw a line under another turbulent weekend at Manchester United.

The Portuguese criticised United's attitude in a 1-1 Premier League draw against Wolves on Saturday and midfielder Paul Pogba risked inflaming tensions further by appearing to hit out at his manager's tactics.

Pogba took to Twitter on Monday, seemingly lamenting that his "attack, attack, attack" comments in the wake of the stalemate against Nuno Espirito Santo's men had been used to "create drama".

"I like the cups. I like the feeling of the knockout: you win you are in the competition, you lose you are out"

United have an opportunity to move on from the past couple of days as they welcome Sky Bet Championship outfit Derby to Old Trafford in a Carabao Cup third-round encounter.

Extra-time in this season's edition has been scrapped and four-time winner Mourinho explained his ambivalence at the idea.

He said: "I like the cups. I like the feeling of the knockout: you win you are in the competition, you lose you are out. I like that pressure and honestly I think fans also like it.

"In this moment you don't even have the possibility of, after a draw, playing 30 more minutes - you go straight to a penalty shootout which obviously is a 50/50 situation.

"I think it's good because no extra-time, no more extra minutes that we already have, especially the teams that are playing European competitions and especially when it goes to the end of the competitions - extra-time is really, really difficult.

"But I think it is a good advantage to the teams that are not favourites because a draw takes the game immediately to a penalty shoot-out and we know that it's a lottery.

"So there is a better chance for the teams not considered favourites, which brings more possibility of killing giants because how many times (do the) big teams in 30 minutes of extra-time win the ties?" 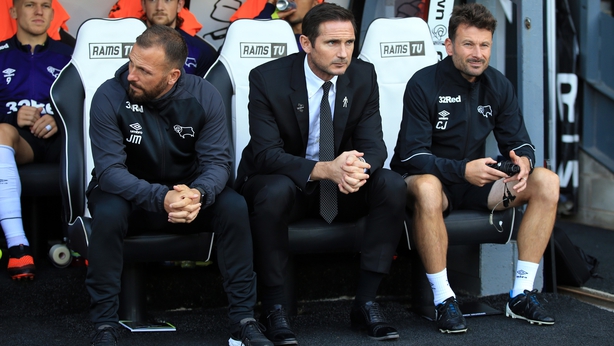 In the opposite dugout to Mourinho on Tuesday evening will be Frank Lampard, who enjoyed some of the finest moments of his playing career under the former Inter Milan and Real Madrid boss while the pair were at Chelsea.

Mourinho believes one of his old stalwarts is capable of making an impact at Derby, who have had a decade in the second tier but have been tipped by some for promotion.

Mourinho added: "I don't consider them favourites because it is really hard to do that in the Championship.
"But I think when Frank goes there he goes with the intention of being promoted. He has experienced players, he has good players coming from good academies like Chelsea and Liverpool.

"They are playing well, they are in the fight for promotion and we all know that a fight in that competition will be for promotion, for play-offs and will last until the end."