Brendan Rodgers praised his Celtic side for battling their way to a 1-0 Europa League Group B win over Rosenborg without being at their best.

The Scottish champions struggled in their section opener against a stuffy Norwegian side they had already knocked out of the Champions League qualifiers early in the season and indeed last season.

It looked like the visitors would leave with a hard-fought points but with three minutes remaining substitute Leigh Griffiths, on for Odsonne Edouard, headed in a Dedryck Boyata knock down for a victory that had looked like escaping them.

Celtic travel to Salzburg next month - the Austrian side won 3-2 against RB Leipzig in Germany in their first Group B match - and Rodgers is glad to be taking three points with them. 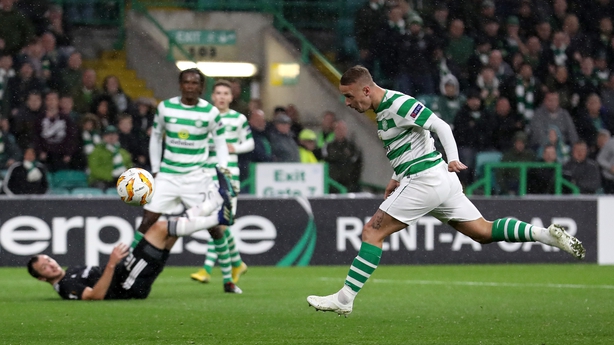 The former Liverpool manager said: "I am very happy, it was a great win in relation to spirit and persistence to go to the very end.

"It was against a Rosenborg team who had won nine and drawn two so they came with a real confidence.

"They surprised us a little bit for first 20 minutes, they played a diamond and they had never played that when we had analysed them but once we found the balance to play against that we started to come into the game.

"Without being at the top of the game, we kept going.

"I said to the players last week that we had to find a way to win, that's why we are here and the players did that.

"So we will take the three points. I am really pleased." 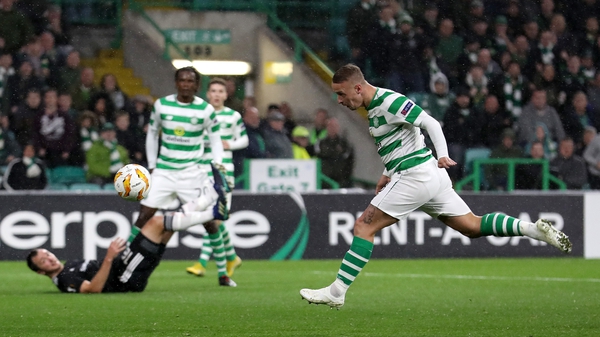