Xherdan Shaqiri says the vocal home support played its part in Liverpool’s late win over PSG at Anfield and insists Liverpool deserved to open their Champions League campaign with a win.

Last season's beaten finalists had squandered a two-goal lead given to them by Daniel Sturridge, on his first start for the Reds in the competition, and James Milner's penalty inside 36 minutes.

Goals from Thoams Meunier and Kylian Mbappe looked to have given the Parisians a share of the spoils before Firmino struck the decisive goal.

Shaqiri made his debut in the completion for Liverpool when he replaced Mo Salah – he has two previous appearances in the Champions League with Bayern Munich – and said the Anfield crowd once again played its part.

"I felt it tonight," he told RTÉ Sport post-match. "It was amazing. You can see they supported us to the end and we deserved to win in the end.

"It was an amazing night."

"I felt it tonight. It was amazing."

Xherdan Shaqiri tells @rtesport that it was special to be part of a dramatic Champions League night at Anfield. @corktod pic.twitter.com/IkT4fq3s9f

The summer signing from Stoke reiterated his point that the better team eventually won out.

"We are a team that has experience in the Champions League. We knew what to expect from the opponent [PSG]. We won in the end and that was the most important thing.

"Even when they didn’t have a lot of chances, they can score with one chance. This is what happens at the top level. You have to concentrate for 95 minutes. We created a lot of chances and deserved to win."

The 26-year-old found himself in good company on the bench, with match-winner Firmino and fellow new signings Naby Keita and Fabinho also watching on from the dugout. 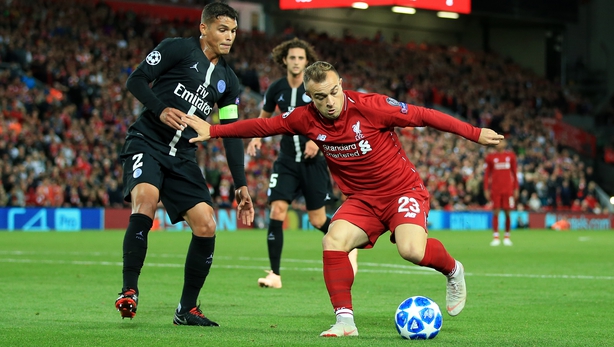 The Swiss international however is focused on forcing his way into Jurgen Klopp’s starting XI.

"I try to do my best in training and in games when I come in to try and make it difficult for the coach." 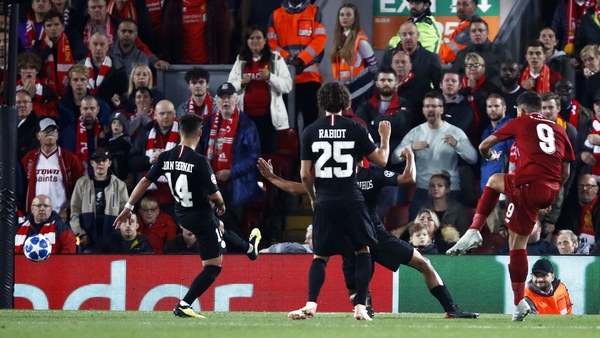