Derry City's rollercoaster season will end with a trophy in their cabinet after they defeated Cobh Ramblers to claim the EA Sports Cup.

The success, which was Kenny Shiels’ first taste of silverware as boss, was hard earned against a well-organised and spirted Ramblers.

A fantastic atmosphere greeted the teams at a packed Brandywell and the large home support went home happy with their first trophy winning campaign in six years.

It was the visitors who had the first effort at goal on four minutes as James McSweeney saw his left footed strike from 20 yards flash just wide.

Derry went close to taking the lead on 17 minutes as a clever through ball by Ronan Hale released Aaron McEneff to burst clear down the right, but from the angle his low drive was well kept out by a full stretched Ramblers keeper Adam Mylod.

From McEneff’s deep corner fell to Ben Fisk, his clipped centre found Darren Cole at the back post, but the centre-back’s header was gathered by Mylod.

The deadlock was broken on 24 minutes as a defensive mistake by McSweeney let in Ronan Hale, who calmly got away from Gordon Walker, before drilling the ball low past Mylod with his weaker left foot.

Ramblers drew level moments later as Dan Seaborne’s miss placed clearance was latched onto Denzil Fernandes, who in turn found left-back Kevin Taylor, and his low cross was turned home at the back post by Christopher Hull.

Derry continued to pile on the pressure despite conceding the leveller, but McEneff and Jamie McDonagh were both denied by Mylod.

To Ramblers credit they were drilled and on the counter attack looked a threat.

Early in the second half Mylod had to make two top draw saves to firstly deny Ronan Hale before turning over McEneff’s long range effort.

Derry kept on pushing forward and went back in front on 54 minutes as Fisk’s right wing corner picked out centre-back Cole, who saw his powerful header flash into the net.

The home side added a third on 72 minutes from the penalty spot after Mylod had brought down McDonagh inside the box and McEneff blasted home the resulting effort from 12 yards, despite the goalkeeper's best attempts.

On 88 minutes Ramblers should have made things nervy as they were awarded a penalty after Cole brought down David Hurley inside the box but Gerard Doherty, diving to left, kept out Shane O’Connor’s spot-kick. 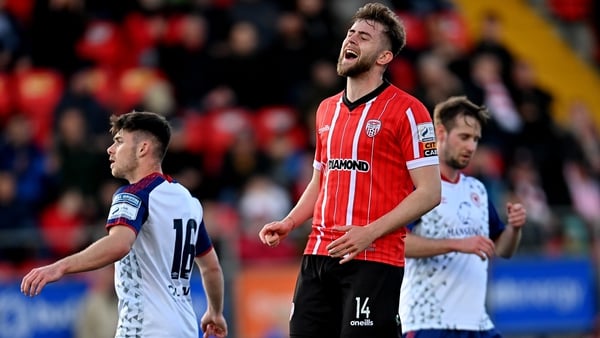 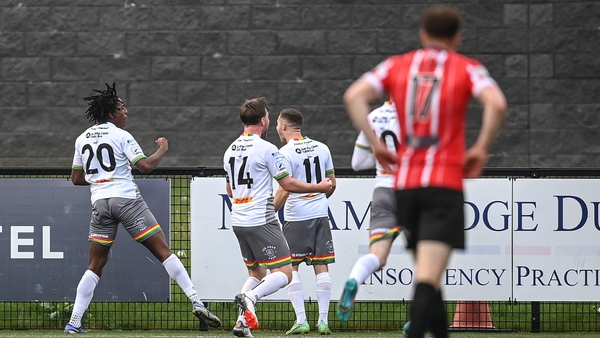 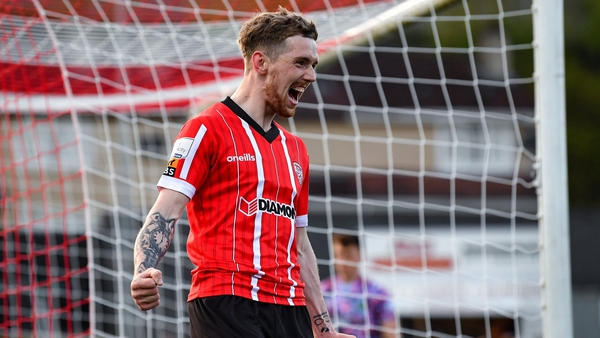 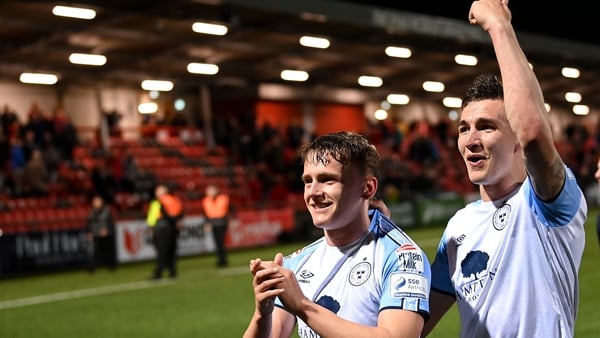 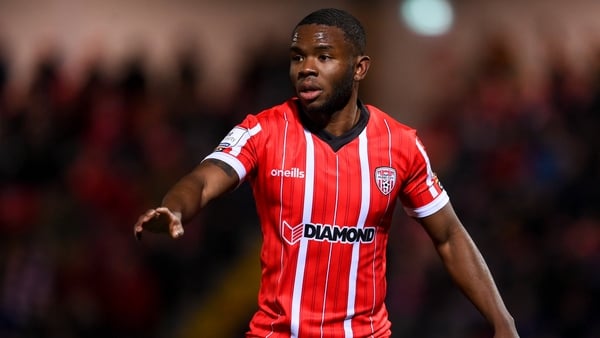