Conor Davis struck eight minutes from time to seal the Premier Division title from UCD in front of a packed Belfield Bowl.

The former Reading man showed a composure otherwise lacking on a nervous, chilly evening in south Dublin, planting the ball in the corner moments after Harps had taken the lead.

UCD came into the game needing just a point to seal the title while Harps, the only side who could catch them at the top, needed a win.

That would be easier said than done for Ollie Horgan's side, who have lost both their previous encounters with the Students this season, but they had the better of the early exchanges.

Horgan went with three at the back, John Kavanagh and Ciaran Coll as wing backs pushing forward while the densely-packed midfield cut off much of UCD's passing at source. 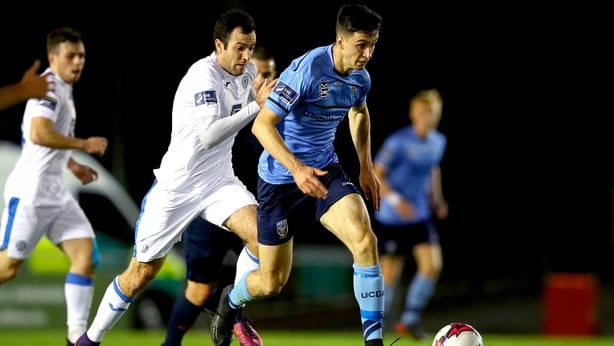 UCD did have the first real chance as keeper Conor Kearns set Jason McClelland free down the right and he found Neil Farrugia, but the winger couldn't poke his shot goalwards.

The better chances of the first half went Harps' way, and Horgan will have been frustrated to see both his strikers, John O'Flynn and Jesse Devers, miss good chances.

Devers was the creator for the first, digging out a deep cross for O'Flynn who, having peeled off the back of Liam Scales, put his header straight at a grateful Kearns.

Former Galway man Devers had an even better chance when Sam Todd flicked on Coll's long throw, but with just the keeper to beat his tame header was saved.

College captain Gary O'Neill could have nudged his side in front just before the break when he found space on the edge of the box, but he rolled his shot wide.

The goal which secures the First Division title! ??

Niall Logue squandered a chance from eight yards when UCD allowed GAreth Harkin's cross to bounce in the box and it looked like the Donegal side's luck was out.

Keith Cowan volleyed home from Harkin's corner to give them a priceless lead ten minutes from time, but they barely had time to get their bearings when Davis struck the decisive goal. 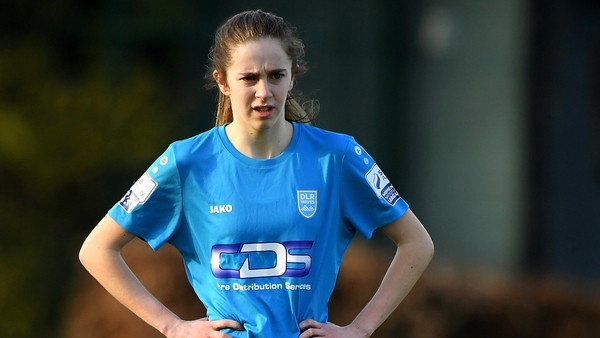 Billy King strikes for Saints to sink Drogheda at death