Hugo Lloris will remain Tottenham captain, despite being sentenced for drink-driving this week.

The Frenchman, who currently has a thigh injury, was fined €56,000 and banned from driving for 20 months for the offence which occurred in August.

Boss Mauricio Pochettino supported his goalkeeper in the wake of his arrest, handing him the armband for the game at Manchester United, and has done so again, even though the full details of Lloris' crime were laid bare in court on Wednesday.

Asked whether Lloris, who was found to be twice the legal limit and had a passenger in the car, would remain captain, Pochettino said: "Of course."

The head coach added: "Of course he's the first that regrets everything, and all that happened yesterday is not good.

"Of course he doesn't feel great. He said he was guilty of this situation and it's irresponsible. He's a man. But I think the most important thing is everyone can make a mistake. He made a mistake and he's suffering all the punishment of society.

"He's punishing himself. But of course we're not God, that we can judge people.

"Only we need to try, that he understands, and how he understands that it was a mistake. Then we're all men and women and we can all make mistakes.

"Like a man that he is, he's going to pay and accept everything." 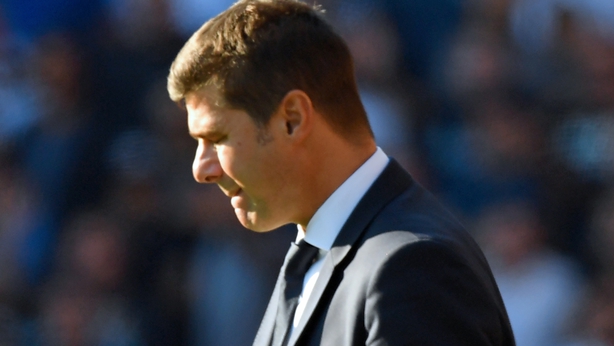 Lloris picked up his thigh problem in that win at Old Trafford and Pochettino on Thursday revealed that he will be out for several weeks, starting with Liverpool's visit to Wembley on Saturday.

Dele Alli will also miss out with a hamstring injury he sustained playing for England last week.

Spurs will have Heung-min Son available after his lengthy stint on international duty with South Korea.

Son helped his country to win the Asian Games, which means he will be excused from military service.

Pochettino was pleased a gamble in allowing a key player to miss a month of the season has been rewarded.

"First of all I want to congratulate him, because it's such an important victory to avoid the military service," he said. "It's a big point for him.

"Then to congratulate the club because the club has protected a big asset.

"Because when we saw in the past that different clubs didn't allow [him] to go to play in this tournament. Who took the risk? I did.

"Rather than congratulate him and the club people need to say to congratulate me and say thank you. I allowed him to go there.

"In the past or in the future, I don't know how many managers are going to allow him to help the club and help the players and take a risk that affects the present. That is why I said to Sonny 'I'm waiting for my present'.

"He's travelled a lot and yes I hope that for the weekend he'll be available to play or be on the bench.

"If not, we're not going to take a risk because he missed a lot of games and we have ahead of lot of games to play. It's not a moment to take risks now."