You have to love the FAI Cup quarter-finals.

The top teams are generally involved at this stage, as well as a couple of clubs who nobody thought would make it to within two wins of the final at the Aviva Stadium.

Three of the top four in the Premier Division’s are all in action tomorrow night, against teams that on paper, they should beat.

First Division promotion hopefuls Longford Town host defending champions Cork City in the live television game, top of the pile Dundalk make the trip to struggling Limerick, who they beat 1-0 just last weekend, and First Division champions-in-waiting UCD are at home to fourth-placed Waterford who were leapfrogged by Shamrock Rovers last weekend in the race for the automatic European place.

Derry City's clash with Bohemians has been postponed due to international call-ups for The Candystripes.

I have a funny feeling that come 10pm on Friday night, one of those big three will be knocked out of the cup at the hands of a less-fancied team.

Cork City manager John Caulfield is facing his toughest test since he took the hot seat in Turner's Cross in 2013.

He said this week that it is time for his players to "stand up and be counted".

John and his team were booed off by some of their fans after Friday’s surprising 2-1 home defeat to Sligo Rovers.

They are six points behind leaders Dundalk with six games left and now need a major swing to have any chance of retaining their league title.

City lost all four of their games in Europe without scoring a goal and they’ve been criticised in some corners for their direct style of play.

The fans will excuse any style of play when their team is winning, and Cork have won a lot of domestic football matches under Caulfield, but when results start to drop off and the football is not enjoyable to watch, it starts to become more of a problem.

City have enough good players in their team to beat Longford, and if their attacking players play to their potential, they will fire their team into the semi-final. 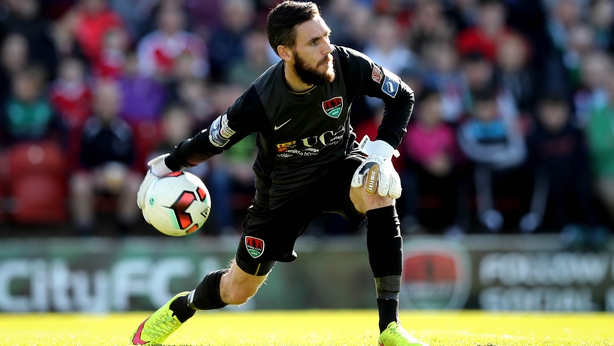 It will be interesting to see who Caufield picks in goal.

Second choice Peter Cherrie has played in both rounds of the cup so far, and first choice Mark McNulty has made some mistakes recently, it’s likely Cherrie will start and a good performance could claim him the number one jersey for the next league match, which is against Dundalk.

Neale Fenn’s Longford are in a excellent run of form and could make the First Division play-offs.

His team play attractive, attacking, passing football and they have a huge amount of pace in their team. Wingers Peter Hopkins and Dylan McGlade will cause Cork problems.

McGlade has been in top form this season and grabbed a fantastic hat-trick in their 4-1 win over Cabinteely last weekend.

And 22-year-old goalkeeper Mick Kelly has been an almost ever-present for his team this season, he’ll need to be on the top of his game to deal with the number of balls Cork put into the box.

UCD against Waterford is a really interesting game.

Collie O’Neill’s team need just one point from their last two league games to clinch promotion back to the Premier Division.

They have top players, they play top football and they are a top team. A team that is capable of beating Waterford, making it to the last four.

The pace of the in-form Conor Davis will cause huge problems for the likes of Kenny Browne and that will be a massive concern for Alan Reynolds.

Davis scored a hat-trick in UCD’s 3-0 win at Drogheda last weekend and the big UCD Bowl pitch will suit his runs and style. 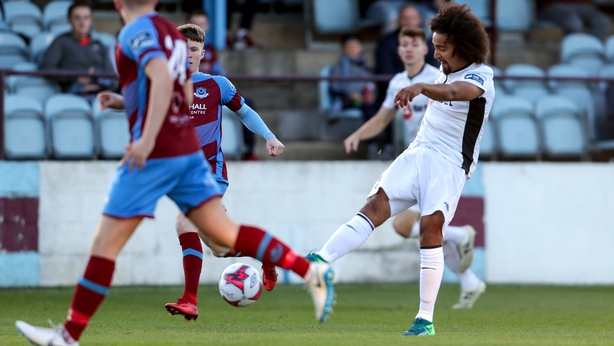 Gary O’Neill and Greg Sloggett will keep things ticking over in midfield but will be tested by Waterford’s diamond and the ability of Bastien Hery, Sander Puri and company, while winger Neil Farrugia will enjoy playing against The Blues’ system, he could be UCD’s key man.

The Students though may struggle to deal with their Premier Division opponents at the other end of the pitch.

Izzy Akinade is the best target man in the league and with him flicking things on for either Courtney Duffus or Noel Hunt (if he’s fit) to chase, that will cause UCD problems.

Akinade is likely to try to isolate UCD’s full-backs Dan Tobin and Evan Osam one v one in the air, the home team will need to get bodies around him for second-balls.

Waterford are very direct from goal-kicks and restarts in their half, yet they play really good passing football in general play and when the ball breaks.

Browne is still one of the best ball playing defenders in the league and with Hery, Puri and the likes of Gavan Holohan in midfield, they’ll feel they can be better than UCD in that area of the pitch with an extra player. O’Neill, Sloggett and Timmy Molloy will have something to say about that.

This one will be tight, there could be an upset.

Dundalk took firm control of their own league destiny thanks to their narrow 1-0 win in Limerick just last Friday. 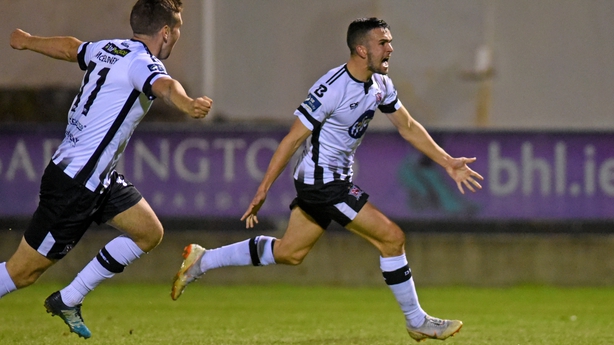 Michael Duffy got the winner in the second-half in a match that both teams could have won.

This was a tighter game than Stephen Kenny expected and he’ll be hoping for an easier night tomorrow.

If Dundalk reach the levels they are capable of with the ball, they’ll be into the FAI Cup semi-finals.

Their defensive record is so strong and Limerick have scored just 22 goals in their 30 league games.

The attacking options of Patrick Hoban, Duffy, Dylan Connolly, Robbie Benson, Patrick McEleney, Ronan Murray and Georgie Kelly are frightening, and if this game is tight, one of them will pop up with a piece of magic to win in, like Duffy did a week ago.

Limerick striker Connor Ellis is a good young player with great potential as is Danny Morrissey but scoring enough against Dundalk’s rock-solid defence to beat them over 90 minutes is a very difficult task.

Limerick have had really poor home crowds this season of around 1,000 or lower, and will more than likely be playing in a relegation/promotion play-off in a few weeks, so this match is really a free hit for them. Hopefully, the frustrated locals will turn out in their numbers to support them.

Dundalk look like they’ll retain their league title in the next few weeks given their six-point lead, but winning back the FAI Cup and stopping Cork doing three in a row will be as high on their agenda.

To bounce back from losing the league and the cup to their bitter rivals just a year ago would be a great achievement and Kenny will ensure there is no complacency at Markets Field tomorrow and they will have enough to get through.