Lionel Messi has been omitted from the shortlist for FIFA's men's player of the year award, which features Cristiano Ronaldo, Luka Modric and Mohamed Salah.

Barcelona and Argentina forward Messi had featured in the top three for 11 straight years. He was runner-up in the prize in 2007 and 2008 before winning the title for the first of five years in 2009.

Portugal and Juventus forward Ronaldo, like Messi, is a five-time winner, and has reached the top three alongside Croatia and Real Madrid midfielder Modric and Salah, the Egypt and Liverpool forward. 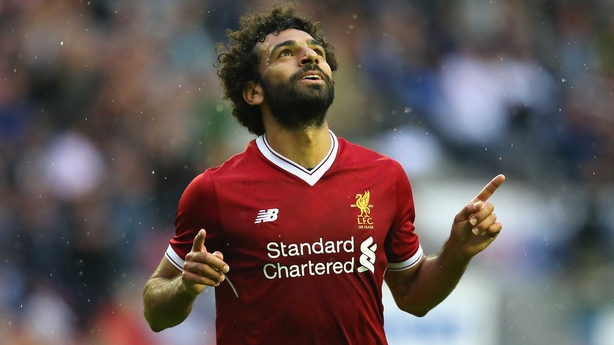 Ronaldo won a third successive Champions League title with Real Madrid in 2017-18, finishing as top scorer in the competition and had Modric as a team-mate.

Norway and Lyon's Ada Hegerberg, Dzsenifer Marozsan of Germany and Lyon, and Marta, of Brazil and Orlando Pride, have been shortlisted for the women's prize. Marta has won it on five occasions.

Holland's Sarina Wigman, Lyon's Reynald Pedros and Asako Takakura of Japan are in contention for the women's coach prize.

The best goalkeeper prize is to be contested by Tottenham and France's Hugo Lloris, Denmark and Leicester's Kasper Schmeichel and Belgium and Real goalkeeper Thibaut Courtois, formerly of Chelsea.

The 10 nominees for the Puskas Award of best goal features overhead kicks from Wales captain Gareth Bale and Ronaldo - for Real against Liverpool and Juventus, respectively - and Salah in the Merseyside derby.