Moussa Dembele could be edging towards a Celtic exit after the in-demand French striker missed training to discuss his future.

Hoops manager Brendan Rodgers revealed the 22-year-old and his representatives were in talks with the Parkhead club while his team-mates trained in preparation for the second leg of the Europa League play-off tie against Suduva on Thursday.

Lyon confirmed their interest in the forward on Wednesday, with president Jean-Michel Aulas saying in a quote posted on the club's official Twitter account: "We are interested in Dembele. We got in touch with him, he's interested. It's a possible path, but there are others."

Dembele, who joined the Parkhead club from Fulham two seasons ago, has also been linked with a move to Marseille.

Rodgers said: "Moussa and his representatives were at the club today, speaking with the club.

"It is safe to say there is a big interest from another club and Moussa and his representatives are speaking about it. Moussa is not a player we want to lose.

"He is a phenomenal talent. He came in here a couple of years ago and developed the way we thought he would.

"He is not going to be here forever, it was all part of his plan to come in like it is sometimes for a lot of European boys, they come in to develop and improve at a great club and then look to move on.

"But of course it has to work both ways, we don't want to be losing a top-class player without having a replacement so it is ongoing discussions really."

Rodgers will speak to Dembele regarding the Suduva game, with the teams tied at 1-1 from the first game in Lithuania last week. 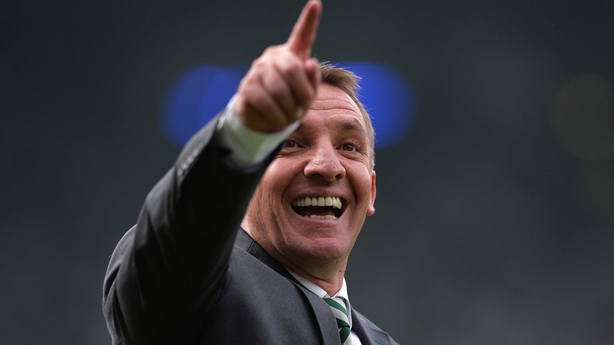 The Northern Irishman said: "He is available for the game but I will speak to him later on.

"It is clearly difficult for players and clubs at this late stage.

"I have to be convinced with everyone that plays, that they are fully committed to playing in the game."

The Hoops boss was glad to welcome back his other French striker Odsonne Edouard, who has been out injured for four games.

He said: "He is back training and looking very good. He has been a miss for us as he is a big talent, so it is great to have him back and moving so well."

Rodgers reiterated that his interest in Aberdeen defender Scott McKenna had ended, saying, "That is closed, no more to add," while admitting he was looking to trim his squad before the transfer window closes on Friday.

He said: "The squad is way too big, it is as simple as that."

Rodgers is determined that Celtic see off the Lithuanian side and assure European football for the rest of the year at least.

He said: "It is important for us to have European football at least through to Christmas. We started out on this qualification journey on June 18 and it has been a long pre-season but we have a great opportunity to finish the job off at home."