Thibaut Courtois was expected to quickly assume the role of first choice goalkeeper for Real Madrid after arriving from Chelsea for €35m this month.

However, the Belgian World Cup semi-finalist watched the European champions crush Girona 4-1 from the bench in the La Liga on Sunday at Montilivi, with Keylor Navas excelling in goal.

Every summer since 2015 Madrid has tried to sign a new goalkeeper to be their regular No 1, but Navas has doggedly held on to the position, helping the club to three consecutive Champions League titles.

The Costa Rican's time finally appeared to be up when Courtois forced through a move to the Spanish capital from Chelsea, but thus far Julen Lopetegui has kept his faith in Navas.

He was in goal for the UEFA Super Cup game against Atletico Madrid on Aug. 15 when Courtois was not in the squad, having only completed his move from Chelsea a few days before.

Despite Real conceding four goals in a 4-2 defeat, Navas kept his place for the opening game of the La Liga against Getafe, which Real won 2-0.

Then at Girona Navas put in a superb display to ensure Madrid moved to the top of the table. 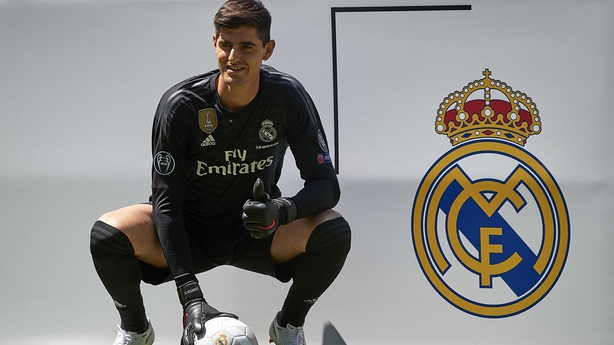 He raced off his line at lightning speed to deny Portu when the Girona winger was sent through on goal, something Courtois might not have been able to do given his size.

Navas also made another fine save to prevent Borja Garcia, who netted Gironas opener, from adding a second.

Any issues over Courtois' fitness have been cleared up, with the player saying he was "ready for the game" on his Instagram account.

Navas's performance raised questions about when Courtois would get his chance as on this form it will be difficult for Lopetegui to drop his current No 1.

"It's not a situation that's easy to understand but it's simple enough to explain," Lopetegui told reporters.

"I've got some really good options in goal and there are no problems in that area. We'll decide what's best for each game.

"Keylor got the nod today and did very well. There's great competition and that makes us stronger in the goalkeeping department. I've got some thoughts in my mind, but I'm not going to share them."

This is the first time Courtois has been on the bench for the first two league matches of a season since he was 17 at Genk in 2009.

With the Champions League and Copa del Rey starting in September and October, there will be opportunities for Courtois to feature. However for now, Navas's spot is his to lose.