Winger McGlade won and scored a first half penalty before providing the assist for Daniel O’Reilly’s second half clincher at City Calling Stadium.

Injury-depleted Longford started on the front foot with Aodh Dervin rifling a shot over the top when Jamie Doyle’s initially effort rebounded to him.

Skipper Dean Zambra then wasted a glorious opening on eight minutes, failing to get his head to McGlade’s cross after the winger had skilfully turned John Ross Wilson at the end line.

Maintaining their bright start, Town defender O’Reilly did make contact with a McGlade free kick on 19 minutes, only to loop his header onto the roof of the net. 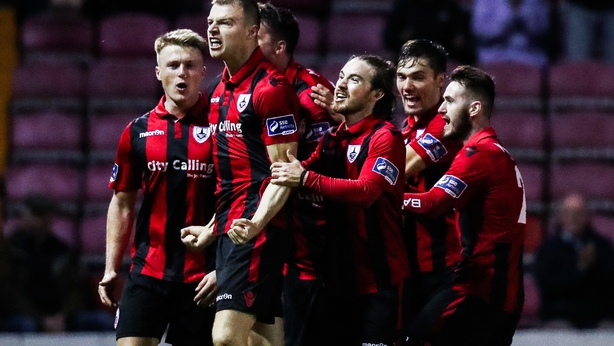 Shelbourne came alive a minute later with their first meaningful attack of the game.

Wilson’s cross from the right found ex-Longford striker Davy O’Sullivan who ballooned his volley way over the top.

And Shels would have been ahead on the half hour but for a terrific save by Town keeper Michael Kelly.

Adam Evans’ drilled cross from the left was met by Lorcan Fitzgerald whose low shot was brilliantly saved by the feet of Kelly with Greg Moorhouse firing the rebound over he bar.

Town then needed a perfectly timed tackle by Tristan Noack-Hofmann to snuff out the run in behind of Paddy Kavanagh.

Having survived that spell of pressure, Neale Fenn’s side snatched the lead in the first minute of added time at the end of the half.

Zambra’s sublime through ball found the run of McGlade who was upended by Reece McEnteer to concede a penalty. 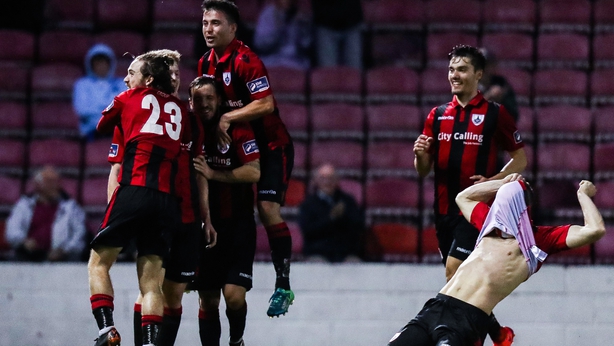 Kelly kept Town in front when called on to make his second telling save of the match four minutes into the second half, batting a stinging shot from Evans out for a corner.

In an open game, the woodwork prevented Town doubling their lead on 65 minutes.

Doyle and McGlade carved the Shels defence open down the left.

Darren Meenan arrived onto McGlade’s perfect cross to shoot against a post when he should have scored.

But O’Reilly made no mistake to book Longford's berth in the last eight with their second goal on 72 minutes.

The trickery of McGlade won a corner which he duly delivered for O’Reilly to score with a first time left foot volley from 10 yards.