Jose Mourinho told his players to cut out the sloppy mistakes after admitting Manchester United got what they deserved at Brighton.

After opening the Premier League campaign with a largely comfortable victory against Leicester, the Red Devils crumbled on the south coast last Sunday.

Their performance at Brighton was more of a concern than the 3-2 defeat and saw United come under the microscope, with intense scrutiny on the manager, players and background operations during an uncomfortable week.

Mourinho's men have to wait until Monday for a shot at making amends and the United boss warned his players that they can ill afford to make similar errors against Tottenham.

The Portuguese said: "You know, just looking to Leicester and Brighton.

"So, I think you look at football in a very pragmatic way, normally you get what you deserve, so if we want to win against a good team against Tottenham, we cannot make mistakes."

Mourinho, whose tetchiness in the pre-match press conference made ripples, cannot wait to be on the touchline on Monday.

United have a splendid home record against Spurs and come into the match after impressive training ground output.

"I think nobody is happy, obviously," Mourinho told MUTV.

"But I have enough experience to know that in football you cannot look back for good results, for bad results and you have always to look to the next one. That's our life.

"So, I'm really happy with the work we did in the week, with the players' commitment and I look forward for the game.

"You can look at (having to wait until Monday) from two different perspectives.

"By one side I would say yes but, on another side, I would say we need time to work and some time to try to recover some players from injury, so it was not bad for us." 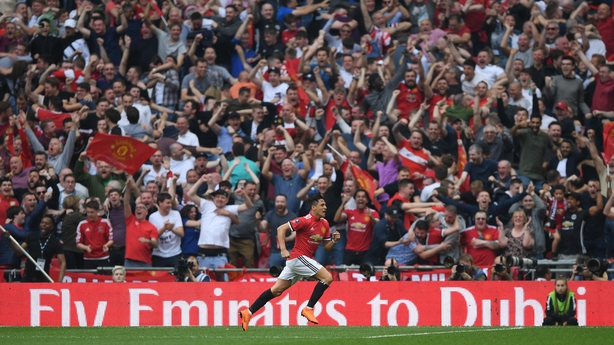 Sanchez missed last week's loss at Brighton through injury and will be assessed, just as Matic and Valencia will be as they push for their first minutes of the campaign.

"That's what we tried to do the last season," he added.

"In big matches last season we managed to get lots of good results, which in the end are points like the other points in the other matches.

"But for the supporters normally it has a little different feeling."