Real Madrid defender Nacho has insisted Gareth Bale has nothing to prove as he attempts to plug the gap left by Cristiano Ronaldo.

The Wales international was on the scoresheet in Real's 2-0 victory over Getafe in new coach Julen Lopetegui's first LaLiga game at the helm on Sunday evening.

Speaking afterwards, Nacho told the club's official website, "As for Bale, he does not have to follow Ronaldo's path. He [Ronaldo] marked a time here.

"Bale is a very important player for us and has won many things here and does not have to prove anything to anyone. He has the confidence of all and surely he will do it very well.

"The crowd is with Bale and he is very happy at Real Madrid."

Goals from Dani Carvajal - his first in LaLiga since April 2014 - and Bale either side of half-time were enough to hand Lopetegui's men victory and go some of the way towards easing the pain of their midweek European Super Cup defeat by derby rivals Atletico.

Real never really had to hit top form to win, with Getafe failing to mount a meaningful attack until the closing stages as the hosts eased towards the finishing line. 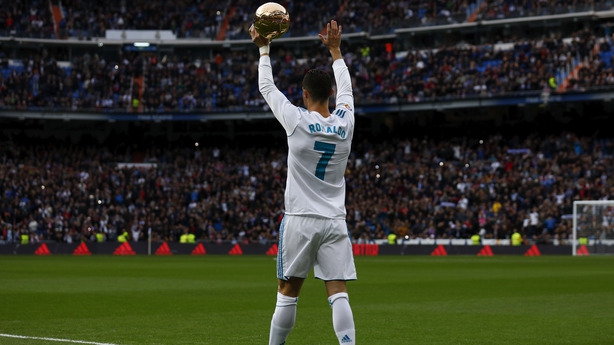 Nacho added: "We are happy with this victory. We wanted to start well and we went for it from the beginning. The team was attentive and serious. We wanted to win and start well in front of our fans.

"We are an ambitious team and we always go for more. We controlled the game and we are very happy with the game. We must continue with this confidence."

Midfielder Asensio admitted it had been important for Real to put the Super Cup disappointment behind them.
He said: "It was a very complete game and this is the way to go to get far in this league.

"We had to turn the page of the Super Cup. This is another competition and we are very excited about this season.

"We have played a great game and now we are thinking about the next one. We have a great team, we are working well and that was reflected on the field."

Getafe coach Jose Bordalas was disappointed by his side's showing at the Bernabeu.

He said in his post-match press conference: "We expected a lot more. We had worked during the week and almost nothing came out.

"In the first half, we hardly had the ball. It was not a good match. We lacked the pace to compete at a better level.

"We have allowed Real Madrid to play very easily and we made unnecessary mistakes."