Shamrock Rovers host fierce rivals Bohemians in Tallaght, still searching for their first league win of the season against the Gypsies.

Rovers lost 3-1 to Bohemians on the first day of the league and would go on to lose their next derby game before drawing 1-1 last time out in May.

Defeat in the FAI Cup to First Division side Drogheda means that the heat has again been turned up on Rovers boss Stephen Bradley.

Bohemains, meanwhile, come into the game in great goal-scoring form. A 5-0 victory over Limerick in their last league out was followed up by a 7-0 FAI Cup win against Wexford.

But that will be easier said than done - the Gypsies' 2-1 in Tallaght Stadium may have been the second time in a row that they have won at the venue but only the third since Rovers moved there in 2009.

Shamrock Rovers: Dave McAllister is out for six or seven weeks, while Luke Byrne is still a couple of weeks away from a return. Lee Grace is suspended.

Stephen Bradley (Shamrock Rovers): "We’ve been excellent but we had a bad night on Friday and we got punished. We need to move on and it doesn’t matter if it’s Bohs or whoever, it’s another game and that’s what we need after last week. You want a game straight away after you’ve lost to try and put it right.

"Friday gives us the opportunity to do that. We know it’s going to be a tough game but it’s one we’re looking forward to. There’s a lot of big fixtures between now and the end of the season. Every Friday between now and then is the same, it’s no extra importance."

Keith Long (Bohemians): "It's the Dublin Derby so there's a sense of occasion for supporters but for us as a team the most important thing is getting points and improving our league position.

"We want to build on the results we've had and move up the table.

"We've struggled for consistency this season but we've a good run in the last few weeks and it's important we try to continue that and push on." 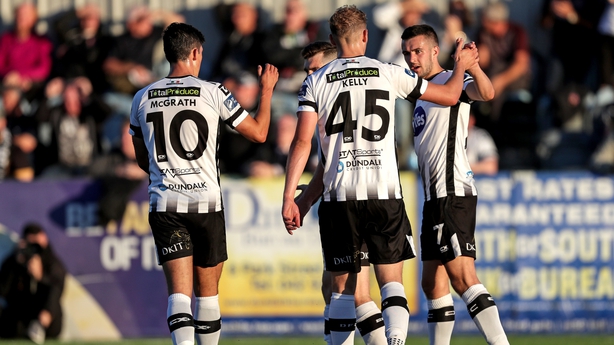 Dundalk will be confident that they can return to the top of the SSE Airtricity Premier Division for at least 24 hours as they travel to the Carlisle Grounds to take on bottom side Bray Wanderers.

With Cork not in action until Sunday, a win would see the Lilywhites retake top-spot by a point.

Bray remain rooted to the bottom of the table, nine points behind Limerick and with just four wins from 28 games.

The Seagulls will be hoping for a decent crowd considering that it's their 'Girls Night Out', with all females of all ages given free entry to the match.

Bray Wanderers: Wanderers are sweating over the fitness of Evan Moran, Conor Kenna and Sean Harding.

Dundalk: Stephen O'Donnell continues his recovery from a broken leg while Karolis Chvedukas is a doubt with an ankle injury as is Dean Jarvis who has a shoulder knock.

Gary Cronin (Bray Wanderers): "The involvement of some of the U17 squad gives the young lads a great opportunity to play at the highest level which not many young players get, so exciting times ahead for the younger players. Every player should want to play against the best teams and that’s exactly what are opposition are tomorrow night, one of the best teams."

Stephen Kenny (Dundalk) "We have a series of difficult away matches coming up over the next few weeks and we start that with Bray Wanderers tomorrow night. It's going to be a difficult game for us. It always is.

"The players have trained well this week. It has been a good training week for us. The players are in very good form currently, we are on a good run in the league and we want to bring that into the match against Bray. " 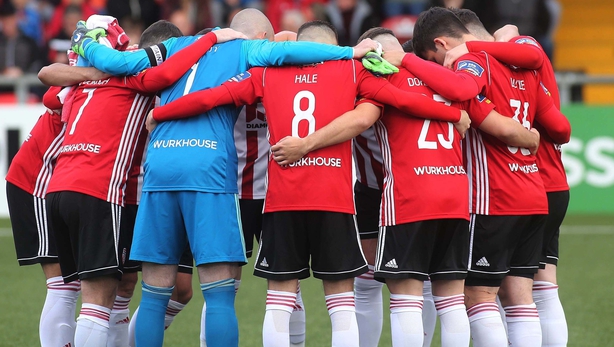 The Candystripes begin a run of home games on Friday night as high-flying Waterford arrive on Foyleside ahead of a crunch clash for both teams.

Just five points separate the visitors in third and City in fifth as the race for the third European spot looks likely to go to the wire.

Waterford FC will be hoping to build on last weekend’s FAI Cup win over Skerries Town, while the last league outing was a 2-1 defeat to Cork City.

Waterford FC have won both home matches against Derry City this season; 2-1 and 4-0. Away from home, the Blues fell to a 1-0 defeat.

Derry City: Ben Doherty has gone out on loan to Glenavon and both Nicky Low and Conor McDermott remain on the injured list. Nicky Low is currently recuperating after surgery on his abdominal injury.

Waterford: Kenny Browne returns from suspension while David Webster returns from injury. Cory Galvin continues his recovery from a knee injury, Derek Daly misses out with a groin problem and Paul Keegan is rated 50/50. John Martin (ankle) and Courtney Duffus miss out.

Dundalk: Stephen O'Donnell continues his recovery from a broken leg while Karolis Chvedukas is a doubt with an ankle injury as is Dean Jarvis who has a shoulder knock.

Kenny Shiels (Derry City): "The top two are out clear and Waterford are the team to catch after that. They’re having a fantastic season and are a terrific side so we know what we’re up against."

"Obviously they come here as favourites for the game but I want us to be ready to give our best for the supporters and for the city."

"We’ve come to a really vital part of our season now and I know the players and staff are gearing up for the challenge."

"I’m hoping that our supporters will turn out in numbers over the next few games because they could make the difference."

Alan Reynolds (Waterford): "I was happy with the result (against Skerries) last weekend. It was important that we approached it right and we did that and got the result. We’ll look forward to Drogheda in the next round but Derry is the focus now.

"We need to concentrate on our game and just play. Our performances of late in the league haven’t been bad, we just haven’t got results.

"Derry had a big win in their cup game last weekend so they’ll be full of confidence. But so are our lads – they’ve trained well and we’re raring to go." 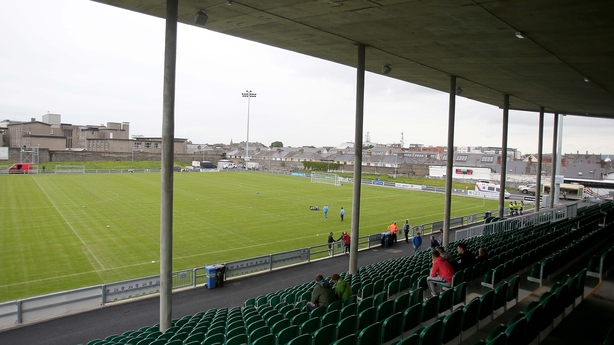 Limerick welcome Sligo Rovers to Markets Field knowing that they need a win to give themselves a chance of avoiding the promotion/relegation play-off.

In their last home outing Limerick beat high-flying Waterford with a late Shane Duggan screamer which heightened hopes ahead of their trip to Bohemians a week later. But a 5-0 hammering at Dalymount Park leaves the Gypsies almost out of reach, and Sligo not far from that point.

Sligo have been painfully inconsistent of late. Their last league outing saw them overcome Derry City 2-1, but they followed that up with a League Cup semi-final defeat to Derry before losing 1-0 to Longford in the FAI Cup and after that showing, the players vowed to hand back a portion of their wages to the club.

Sligo Rovers: Kyle Callan-McFadden and David Cawley are suspended. Caolan McAleer was injured in training during the week and will have a scan on a shoulder/possible collarbone problem. He is definitely ruled out.

Tommy Barrett (Limerick): "We need to win. It is as simple as that. There is no point in beating around the bush about it. If we are realistic about getting out of the playoff place, then we need three points here," Barrett wrote in his programme notes in the Limerick FC Matchday Magazine.

Gerrard Lyttle (Sligo Rovers) "It’s my responsibility on where we are. I pick the team, I’m in charge. I’m not throwing my team under the bus. The results are my responsibility. Most importantly, we are all in this together. I think if we stick together we can turn things.

"The fans voiced their opinion last Saturday as they had the right to do because they pay their money. We can talk about wages handed back, we can talk about what went for us or against us, but all that matters is the results we get. That’s all that can be said."