Chelsea are set to pay a world record fee for a goalkeeper of around €80m to sign Kepa Arrizabalaga from Athletic Bilbao, according to reports in Spain.

The Blues have been heavily linked with a new number one due to uncertainty surrounding the future of Thibaut Courtois.

Spanish website Marca reports that 23-year-old Kepa has flown to Madrid with his representatives and will arrive in London on Wednesday to sign a five-year contract at Stamford Bridge.

He is believed to have a release clause of €80m in his Athletic contract, which the Premier League club are apparently willing to meet.

Maurizio Sarri's Blues are under pressure to resolve their goalkeeping situation ahead of the new season with Courtois reportedly failing to turn up for training amid speculation linking him with a move to Real Madrid.

Should the deal for Kepa go through, it would be a club record purchase for the London club, surpassing the €64million they paid Real Madrid for Spanish striker Alvaro Morata last summer.

The reported fee would also eclipse the €75m fee paid by Liverpool to sign Brazil keeper Alisson Becker from Roma in July. 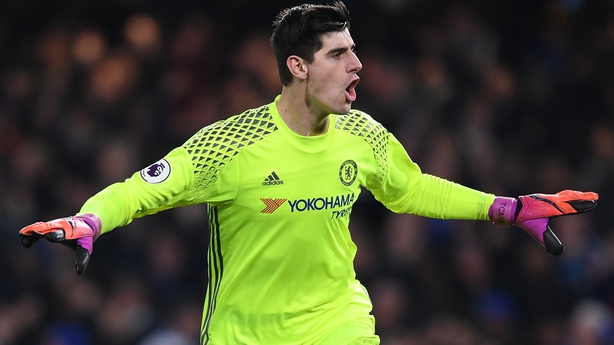 Belgium international Courtois was given an extended holiday after helping his country finish third at the World Cup.

He was expected to return to the Blues' Cobham training ground on Monday, but did not attend.

Reports suggested he was also absent on Tuesday, having told new manager Sarri he wanted to leave the club before Thursday's transfer deadline.

Should Courtois - signed from Genk in July 2011 before spending a three-season loan spell with Atletico Madrid - not resume training with the Blues, he is likely to face an internal disciplinary meeting and the potential of a fine of up to two weeks wages.

Kepa, who was part of Spain's World Cup squad and has won one cap for his country, has spent the past two seasons in Bilbao, making 53 LaLiga appearances.

Chelsea, meanwhile, could also be set to make another addition to the squad with a loan deal for midfielder Mateo Kovacic from Real Madrid, according to reports in Spain.

The Blues, beaten in the FA Community Shield by Manchester City last weekend, open the new Premier League campaign at Huddersfield on Saturday.