In the opening match of the 2018-19 Championship campaign Derby put in a poor first-half showing before the hosts went ahead soon after the break when Jon Dadi Bodvarsson nodded powerfully home.

Derby drew level on the hour - with their first shot on target - when debutant Mason Mount drilled in from long distance.

And Tom Lawrence nodded in the winner deep into stoppage time at the Madejski Stadium, just as the game looked to be petering out to a draw, sparking wild celebrations in the away dug-out.

Former Chelsea and England midfielder Lampard, 40, arrived at Pride Park at the end of May, succeeding Gary Rowett, and took over a side that had lost in the play-off semi-finals to Fulham.

Derby's pre-season had gone well, with four wins in five matches, and Lampard gave competitive debuts to two of his five summer signings - midfielder Mount and winger Harry Wilson, the loanees from Chelsea and Liverpool respectively. 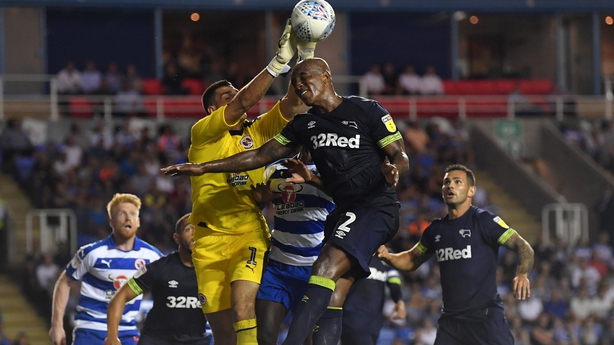 Reading finished in 20th place in the Championship in the 2017-18 campaign, avoiding relegation by just three points.

They had a poor pre-season, failing to win six games. O'Shea - a summer singing from Sunderland - was on the bench while Meyler started in the middle of the park with McShane at the heart of the defence.

The Royals opened promisingly, with Keogh having to clear hurriedly from a dangerous Mo Barrow cross.

As Derby were pinned back, Bodvarsson wasted a half-chance when shooting weakly at Carson.

Little was seen of Derby going forward, although Lawrence saw an on-target 20-yard drive deflected wide after he had seized on a mistake by Tiago Ilori.

Still Reading pressed, with Bodvarsson making a hash of a simple pass to Swift, who was unmarked and had a clear route to goal.

Derby offered only rugged resistance and Carson saved well from Liam Kelly at the near post and also gathered a tame header from Ilori. 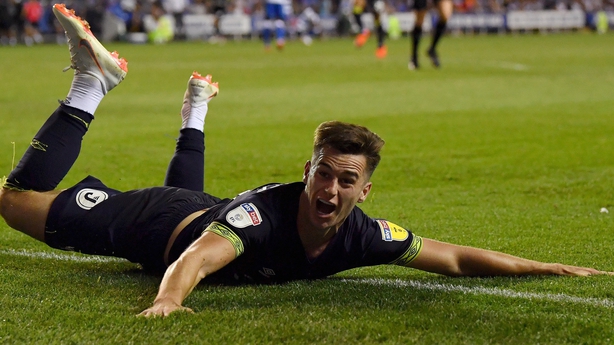 Derby emerged rejuvenated in the second half and thought they had gone ahead soon after the restart.

Lawrence's deflected cross found David Nugent, whose header bounced into the turf and past home keeper Vito Mannone, but a flag had been raised for offside and it was immediately disallowed.

Reading deservedly went in front in the 52nd minute when Barrow slung over a cross from the left and Bodvarsson climbed high to nod past Carson.

But the lead lasted only eight minutes. Mount let fly from 25 yards and Mannone allowed the shot to squirm through his grasp and into the net.

A draw looked on the cards, but Lawrence rose to superbly head in Mason Bennett's cross in the 94th minute.