Jose Mourinho admits he would not have paid to watch his weakened Manchester United side on their pre-season tour of the United States, and hit out at Anthony Martial for leaving the tour to attend his baby's birth.

"The atmosphere is good but if I was them I wouldn't come," United boss Mourinho was quoted as saying by BBC Sport at his post-match press conference.

He added at his press conference: "I wouldn't spend my money to see these teams. I was watching on television Chelsea against Inter and the people in Nice decided the beach was better.

"They didn't go to the game, the stadium was empty.

"I think the passion many Americans have for soccer deserves more. They deserve the best teams and invest to bring the best clubs to the US.

"But we, and some other clubs, were not able to give to the people the real quality football that can attract even more passion in this country."

Martial came in for specific criticism after he flew home from the US to Paris to be by his partner's side for the birth of their son.

On Martial's absence, he said: "Anthony Martial has the baby and after the baby is born - beautiful baby, full of health, thank God - he should be here and he is not here."

Mourinho complaining about his squad depth because of of his players being on post-World Cup holidays has been a constant theme of United's unhappy trip across the Atlantic.

Antonio Valencia and Chris Smalling also missed the Liverpool defeat through injury, while Anthony Martial had returned home to attend the birth of his second child.

Alexis Sanchez did feature in Michigan, but he cut a frustrated figure as Andreas Pereira's stunning free-kick strike provided scant consolation for a  United side ripped apart by Liverpool. 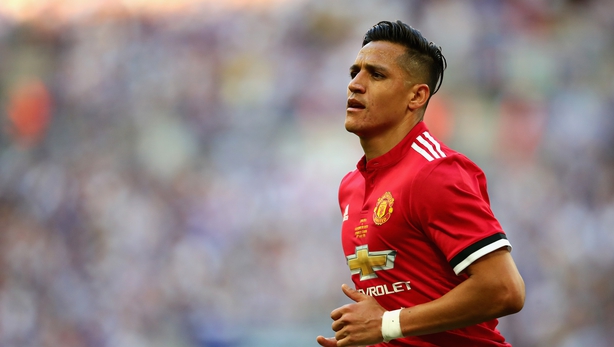 Asked about Sanchez's demeanour, Mourinho replied: "Do you want me to be very happy with the players he has around him?

"We are not playing here to improve the team, the dynamic or our routines.

"We are playing just to try to survive and not have some ugly results. Alexis is the only attacking player that we have.

"We don't have wingers, we don't have strikers. He is the only one who is here and the poor man is trying his best with the frustration of somebody who wants more.

"We start the game with almost half the players who are not even going to belong to our squad on August 9 (transfer deadline day).

"So what did this game give me? Nothing. Nothing at all."

Mourinho praised Ivorian defender Eric Bailly for stepping in after Smalling had pulled up moments before the game.

But he revealed more worrying injury news with Serbian midfielder Nemanja Matic set to miss the start of the season after undergoing surgery in the US.

"We had four or five players today who care for the club and try to give everything," Mourinho said.

"They even risked themselves because they don't want to let all the kids by themselves on the pitch against Milan, Liverpool, Real Madrid.

"As an example Eric Bailly was not going to play and when he saw that Smalling in the warm-up was leaving, he decided that he didn't want another kid on the pitch. It is not fair for Alexis, (Juan) Mata, (Ander) Herrera and the guys that are there.

"Matic has had surgery. He is out for the start of the season.

"He came from the World Cup with the injury and the time he had to rest on holiday was not enough to resolve the problem."

Mourinho is keen to strengthen his squad before the transfer deadline with Tottenham's Toby Alderweireld and Harry Maguire, of Leicester, reported defensive targets.

"I would like to have two more players," Mourinho said.

"I gave a list to my club, five names, a few months ago and I wait to see if it's possible to have one of these players."