There was a danger this game would not be played as Bray players threatened strike action over unpaid wages and the incessant gloom around the Calrlisle Grounds looked like it would never lift.

But that action was halted when monies came through last Thursday, and yesterday it was announced that a new man - Niall O'Driscoll - had taken over at the club.

Bray are rooted at the foot at the table and could hardly have a tougher task tonight, with Cork aiming to leapfrog Dundalk and go top. But things are at least a little more positive for the hosts, who will be stinging from last week's 6-0 hammering at Bohs.

Bray Wanderers: Defender Kevin Lynch is back in the frame after serving a one-match suspension.

Cork City: Conor McCarthy and Colm Horgan are both ruled out, but new signing Shane Daly-Bütz is available.

John Caulfield (Cork City): "People might expect or assume but, when we won 4-0 up there earlier in the year, it was 1-0 for a long time and we got three goals in the second half. When you go to Bray, you have to be ready for the game. There are three points on offer and we have to keep the pressure on." 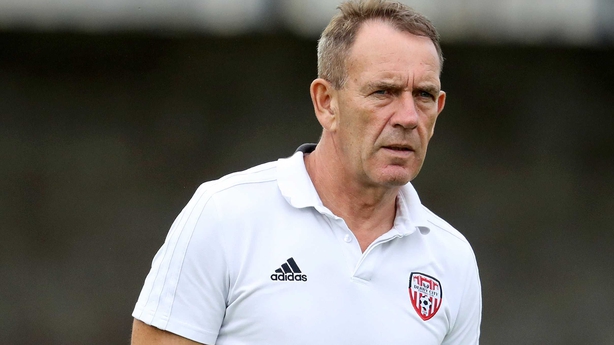 It's fifth against sixth as St Pat's look to go level on points with their hosts.

Last week Liam Buckley's men had to really dig deep to eventually turn over a dogged Limerick 2-1 while the Candystripes produced a fine performance to beat Dinamo Minsk in Belarus, though they still exited the Europa League on aggregate.

Derry have won just two league games in their last eight, and are crying out for some consistency to boost their hopes of bagging a European spot.

Derry City: Rory Hale is suspended and Nicky Low is out with a stomach injury.

St Pat's: Kevin Toner is in contention for selection after serving a one-match ban, but striker Christy Fagan misses out through a knee injury.

Keny Shiels (Derry City): "We need the supporters to be with us in this one," he told the Derry Journal. "We know we have to try and make steps forward in the league. The four league games at home - not to put them into compartments - but if we do well in the first one, it’s going to influence the next one, so they are big games for us."

Liam Buckley (St Pat's): "We are one apiece against Derry this year. We had a great win at home and then were so unfortunate in the Brandywell earlier this season. They have just come off a good performance in Europe so we know to expect a really difficult game from them." 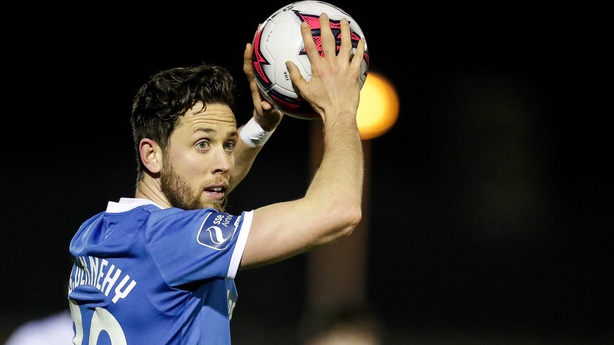 Both of these sides come into this one off the back of disappointing defeats.

Waterford were edged out 1-0 against Shamrock Rovers at the RSC, Gary Shaw’s goal 15 minutes from time settling it.

Limerick meanwhile showed bags of heart at Richmond Park but couldn't hold on against St Pat's as two late Conan Byrne goals condemned them to a 2-1 loss.

Limerick: Midfielder Cían Coleman is after his suspension. Eoin Wearen is a doubt due to a knee injury.

Waterford: John Martin (ankle) and Derek Daly (groin) miss out, but recent signing Carlos 'Rudy' Wilson is available. Dean Walsh has joined Wexford on loan until the end of the season.

Tommy Barret (Limerick):  "The boys have been excellent. I can’t complain. They are all doing their jobs and playing for each other. We’re playing very well, we’re just not getting the bounce of the ball at the moment, but hopefully that will change soon."

Alan Reynolds (Waterford): "We’re looking forward to getting back on the pitch to be honest. Of course we were disappointed with the result last week but we created enough chances that on another day we could have won the game. Putting away those chances was the difference and we’ll be looking to do that this week." 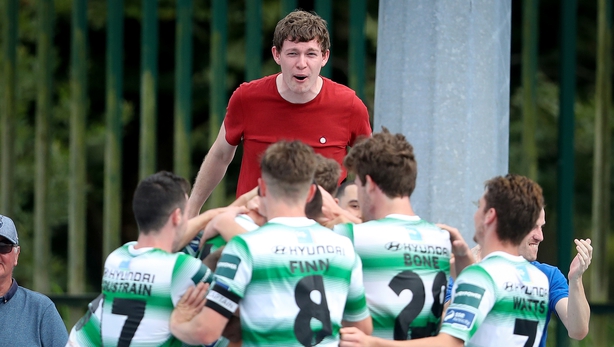 The Hoops plundered a good three points at Waterford last weekend to move to within four points of third.

They'll be reunited with a familiar face tonight when their former striker Mikey Drennan lines up for Sligo. Canadian keeper Tomer Chencinski parted ways with the Tallaght club earlier in the week.

The Bit O'Red are hunting a third win on the bounce in the capital following victories against St Pat's and Bohs.

They're five points clear of second-from-bottom Limerick with a game in hand so another three points would give them more welcome breathing space from that promotion/relegation spot.

Shamrock Rovers: Ethan Boyle injured his foot last Sunday and is touch and go. Joey O'Brien is out, he pulled out of the warm-up in Waterford and has not recovered.

Stephen Bradley Shamrock Rovers): "Sligo is going to be a tough game. They have attacking players in that part of the pitch that can hurt you. They've some good players, [ex-hoops striker] Mikey Drennan coming back is a threat. We need to make sure that we're fully focused and respect them."

Ger Lyttle (Sligo Rovers): "We face a lot of away games. It's not ideal but we know what we can do away from home when you look at some of the results. We have an opportunity to add to those performances. That's our aim and we're excited about going there, trying to do it."