Michael Duffy scored a wonder goal as Dundalk finally saw off the spirited challenge of Levadia Tallinn to book their place in the second qualifying round of the Europa League.

Martin O'Neill has name checked his fellow Derryman - who is eligible to play for the Republic of Ireland - in recent months and Duffy's 33rd minute strike will not only have caught his attention of the Irish boss who was watching on from the main stand.

It came as part of a quick fire double that secured the SSE Airtricity League leaders a showdown with Cypriot side AEK Larnaca in the next stage, Duffy's blockbuster following Patrick Hoban's cute header two minutes earlier. 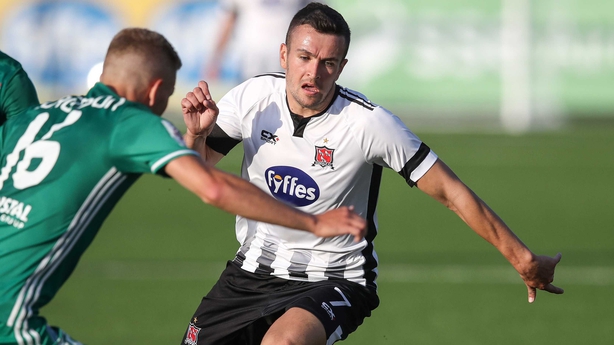 Progress in Europe is somewhat essential for Dundalk following their acquisition by the PEAK6 backed American consortium at the start of the year.

With that in mind, it was no surprise to see club chairman Mike Treacy present but he was joined by PEAK6 owner and CEO Matt Hulsizer who enjoyed a lengthy chat with Stephen Kenny before the game.

Speaking before the game, the Dundalk manager stressed that the job was only half done and the positive start made by Aleksandar Rogic's side only enforced that point.

Cameroonian Marcellin Gando looked busy on the right-wing and Yuriy Tkachuk ventured forward to let fly with an early effort that flew over Gary Rogers' crossbar, the Meathman making his 37th European appearance.

Hoban fired a low effort at Sergei Lepmets after Robbie Benson picked the pocket of Markus Jorgenson on the left but Levadia just wouldn't allow Dundalk to get into any sort of rhythm.

Referee Adrien Jaccottet stamped his authority on things early on, booking four players in the opening 25 minutes alone and Hoban was fortunate not to follow suit, flattening Lepmets after beating the goalkeeper to a Chris Shields cross.

Pick that out! What a goal from Michael Duffy. @DundalkFC lead Levadia Tallinn 2-1 at Oriel Park (3-1 on aggregate) and you'll do very well to find a better finish anywhere in Europe tonight than this peach of a volley #RTEsoccer pic.twitter.com/ArDW8MxkAt

His header came back off the bar but the referee's whistle would have cancelled it out in any event. The country's top scorer opted for guile six minutes later, glancing Sean Gannon's ball across Lepmets to bank goal number 22 of the season and finally give Dundalk some breathing space.

The visitors were still coming to terms with the setback when Dundalk landed a stunning knockout blow two minutes later, courtesy of Duffy's magical strike.

Jamie McGrath's ball to the back post found the winger beyond the six-yard box but he somehow managed to wrap his left-foot around the ball and fire a stunning missile past Lepmets from a ridiculous angle.

That left the Estonians needing three but any notions that they would throw in the towel were dismissed when Gando rose to plant a fine header past Rogers in the 38th minute but the linesman's flag saw it chalked off.

Dundalk failed to heed the warning and Debelko breathed new life into Levadia three minutes before the break when he pounced on a moment of indecision in the Lilywhites backline to rifle a cracking effort past Rogers to keep the tie alive going into the break. 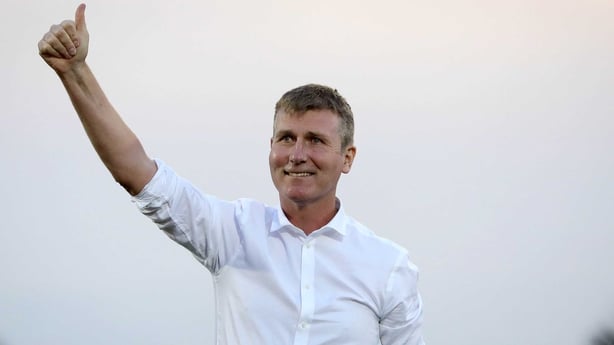 The Ukranian hitman flashed a volley across the face of goal in the early stages of the second-half and Nikkita Andreev looped a header over the top as the visitors continued to probe for a way back into it.

Unusually wasteful in possession themselves, Dundalk were forced back for large periods and Andreev should have done better with a 20-yard drive from a central area in the 77th minute.

A goal at that stage would have made things extremely nervy for the hosts but, with Gannon and Benson doing their best to steady things, Kenny's side did enough and, thankfully, Duffy's goal was the main taking point for the 3,100 in attendance - O’Neill included - when the full-time whistle blew.