Rosenborg have sacked manager Kare Ingebrigtsen less than a week before they are due to face Celtic in the Champions League.

The Norwegian club's preparations for the second round qualifying tie have been thrown into turmoil after Ingebrigtsen left just six days out from the fixture.

He had been in charge for a 3-1 win over Valur on Wednesday night to progress to the second round and set up a rematch with the Hoops - Rosenborg lost 1-0 in the third round last year - but the club announced on Thursday that he had left the club with immediate effect despite leading them to three successive league titles.

Speaking at a hastily arranged press conference, chairman Ivar Koteng admitted that while recent results have been positive, with four wins from their last five, the decision to remove Ingebrigtsen was with the long term in mind.

No decision has been made on a permanent successor, but academy director Rini Coolen will take temporary charge and oversee the tie against the Scottish champions.

"It is a surprise for everyone, me as well," Coolen admitted at the press conference, which was broadcast on the club's Facebook page.

"He (Ingebrigtsen) is a gentleman and proved himself as a coach, but it is live sport and if you are to be a coach it can happen that people make the decision that you have to go.

"I was told of the situation and have been asked to take over for the next couple of months.

"It was a hard decision but I am hired by this club to do the best I can so I said yes and I am very happy to have Trond Henriksen here to join me.

"I have seen a lot of the first-team games so there is nothing to worry about, but it is a new role." 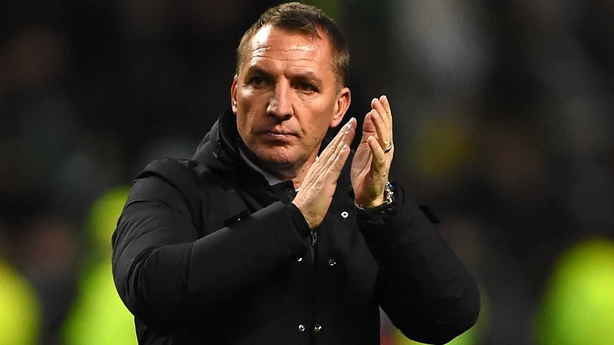 On what has gone wrong on the pitch, he added: "There is maybe a lack of energy and a lack of confidence which is something we have to change.

"The next game is against Celtic and the most important thing is to get to the next round, and that is very important."

Celtic defender and Norway international Kris Ajer knows what to expect when the two teams face each other next Wednesday, having been part of the Hoops side that was held 0-0 at Parkhead last season.

Speaking before the news of Ingebrigtsen's departure broke, Ajer said: "Rosenborg are a really tough opponent with a lot of quality players. It will be a really tough game, both home and away.

"When you play Champions League qualifiers, you meet quality opponents.

"I know Rosenborg really well. Last year, they beat Ajax in the last round to go through [to the Europa League group stage], so they are a really top side and can really hurt you if you're not 100 per cent up for the game."