Crisis-ridden Bray Wanderers head to Dalymount looking for their second win on the bounce.

The players halted their planned strike action on Thursday after receiving outstanding wages owed to them by the club but warned they will be forced to reconsider the action if they are not paid what's due to them next week.

The Seagulls beat Sligo Rovers 2-1 in their last game but remain rooted to the foot of the table but have since lost manager Martin Russell, who quit midweek.

Graham Kelly has been reinstated as caretaker boss.

Bohs are at home for the second week running - they were thumped 3-0 by Sligo last week - and Keith Long has challenged his side to make up for last week's defeat and give fans something to cheer about.

Bohs: Derek Pender is suspended after being shown a straight red card against Sligo Rovers. As a result, Andy Lyons is promoted from the U19s as cover. Goalkeeper Colin McCabe (shoulder) and striker Ryan Swan (cruciate) remain out. Midfielder Philly Gannon has left the club by mutual consent.

Keith Long (Bohs): "Their players have been through the mill over recent weeks with the well-documented events taking place at the club regarding unpaid wages. On the pitch, they haven't let it get to them though so we have to be ready. We need to go out and show what we're made of." 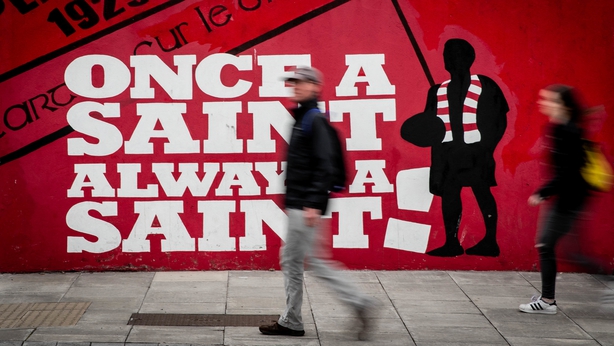 Though some wages due to date have been paid and a commitment to honour other outstanding monies due has been made, no guarantees as to future payment of wages have been given and the players reached a decision to strike with an overwhelming majority.

Limerick are six points clear of bottom side Bray. Pat's meanwhile, are sixth.

St Pat's: Conor Clifford comes into contention for selection after making his first appearance for the club in the Saints’ midweek 2-0 friendly defeat to Newcastle United, while striker Christy Fagan misses out through a knee injury and Kevin Toner also sits out the game through suspension.

Liam Buckley (St Pat's): "We have been strong at home this season and we’re hoping to get back to winning ways. We’ve managed to pick up six points against Limerick so far this season, but on both occasions we had tough games. We are expecting it to be no different on Friday."