Liverpool are closing in on a world-record deal for Roma goalkeeper Alisson.

Press Association Sport understands the Reds have agreed to meet Roma's valuation of £67million for the first-choice Brazil international.

The current record transfer in pounds for a goalkeeper is the £35million paid to Benfica by Manchester City for Alisson's compatriot Ederson last summer, while the highest price in euros was Gianluigi Buffon's €53million move to Juventus back in 2001.

Liverpool boss Jurgen Klopp has given public backing to Loris Karius following his calamitous Champions League final performance but has made signing a goalkeeper a priority. 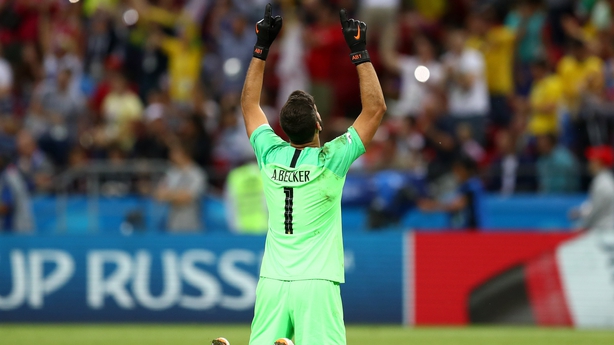 The club are not prepared to say anything publicly until the deal is completed and as yet no medical has been arranged, with the possibility remaining that another club could match Liverpool's offer.

Chelsea have also been linked with the 25-year-old, who began his career with Internacional before moving to Roma two years ago.

Italian website Forza Roma, which is affiliated to newspaper La Gazzetta Dello Sport, published a video which it said showed Alisson at Rome's Ciampino airport. It said he was preparing to board a private jet to Manchester and was on his way to Liverpool for a medical on Saturday.

Alisson spoke in the video, saying: "Greetings to Roma fans. I'm sorry but I cannot say any more, I'll say everything later."