Newcastle were sounded out about the possibility of loaning manager Rafael Benitez to Spain for the World Cup finals.

It is understood that the Spanish Football Association contacted the Magpies after sacking manager Julen Lopetegui just two days before his side were due to launch their campaign in Russia following an announcement he was to leave his post after the tournament to replace Zinedine Zidane at Real Madrid.

However, sources on Tyneside have indicated their interest never went beyond that initial enquiry and it was former skipper Fernando Hierro who eventually took temporary charge.

Spain were dumped out of the competition in the last 16 by hosts Russia and have since appointed former Barcelona manager Luis Enrique on a two-year contract.

Benitez, 58, has admitted in the past that the national job could appeal one day, although he remains focused on Newcastle during what has been a difficult summer.

Asked at the club's pre-season training camp at Carton House in Kildare if he could have taken charge of his country at the World Cup finals, he told the Chronicle: "There was maybe a chance, but still I am here and I am happy to be here. There was a chance. There were rumours about that." 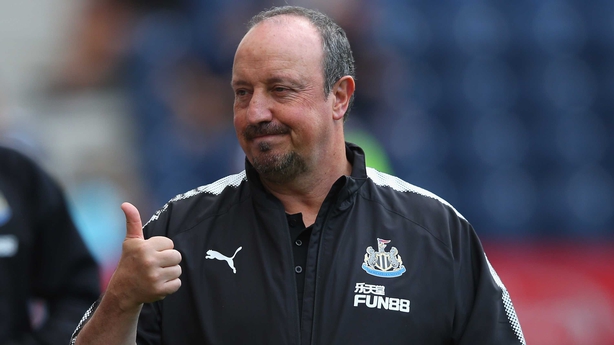 Benitez currently finds himself in limbo as he waits for a significant breakthrough on the transfer front having to date added only Martin Dubravka and Kenedy, who were both on loan at St James' Park during the second half of last season, to the squad and replaced departed midfielder Mikel Merino with Ki Sung-yueng.

He is desperate to add a proven striker to the mix, but has already missed out on Nice marksman Alassane Plea to Borussia Monchengladbach, while West Brom's Salomon Rondon has so far stayed beyond his grasp with the club seemingly unwilling to activate a €18.5million release clause in his contract.

The situation appears to have reached something of an impasse with owner Mike Ashley unwilling to invest heavily in a manager who has just a year remaining on his contract and is yet to agree an extension, while Benitez does not want to commit himself until the club show they share his ambition, and that includes investment in the academy and training ground.

Fans who are never very far from open revolt over Ashley's methods are starting to fear a season of struggle - the Magpies ended the last campaign in 10th place in the Premier League after mounting a concerted fightback after the turn of the year - if the squad is not improved, and in turn that that could ultimately cost them a manager who has captured their imagination during his time to date on Tyneside.

Managing director Lee Charnley is trying to do the deals which will satisfy Benitez as the 9 August transfer deadline fast approaches, but the manager has hinted that his first and second choice targets have already eluded the club as they work their way down his list.