Cork City are out of the Champions League as they were defeated 3-0 by Legia Warsaw in the second leg of their first-round qualifier at the Polish Army Stadium in Warsaw.

Trailing 1-0 from the first leg, City knew they had a mountain to climb but goals from Jose Kante, a Miroslav Radovic penalty and Carlos Lopes was enough to deservedly send the Polish side through to the next stage.

John Caulfield made two changes to that side that was narrowly beaten by the Polish double winners last week with Steven Beattie and Graham Cummins replacing the injured duo of Conor McCarthy and Gearoid Morrissey.

It was the home side who created the first opportunity after seven minutes but Jose Kante’s volley from a good position inside the area flashed just over the crossbar.

City’s first effort on goal came in the 17th minute as Barry McNamee had a sight from distance but his shot deflected wide of the target.

Just when the Leesiders looked like they had a grip on the game, they fell behind as Jose Kante capitalised on a defensive mishap to fire his side in front. 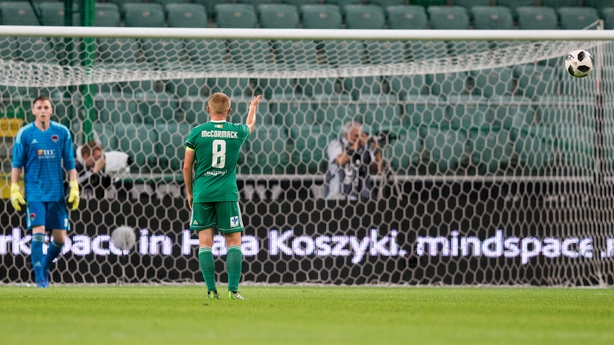 Mateusz Wiesteska’s long ball over the top was hooked back across the face of goal and over the head of the stranded Peter Cherrie, allowing Kante to tuck the ball into the net despite the best efforts of the recovering Shane Griffin.

City now needed to score twice without reply in order to progress to the next round and they almost pulled a goal back immediately after falling behind.

Karl Sheppard decided to try his luck from range and his ambitions were almost rewarded but the ball drifted just wide of the far top left corner.

Legia continued to dominate possession but it wasn’t until the beginning of the second half that they next threatened and on that occasion, Peter Cherrie was on hand to deny Mateusz Wieteska’s header from a corner.

City almost gifted Legia a second in the 54th minute as Kante intercepted Damien Delaney’s weak header but Cherrie did well to smother the ball at the feet of the striker. 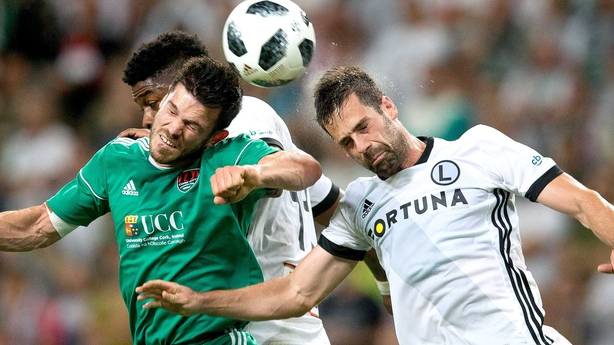 Cummins had a chance to level the scores on the night with 21 minutes remaining but he couldn’t power his diving header past the keeper on the stretch.

The tie was eventually put beyond City’s reach moments later as Conor McCormack fouled Miroslav Radovic inside the area, allowing the forward to step up and drill his penalty into the top left corner.

Warsaw showed their strength and depth as they soon introduced new signing Carlos Lopes, who finished as the Polish Leagues top scorer last season, from the bench for his competitive debut.

And the hitman made it 3-0 in the closing stages as he emphatically curled the ball into the top right corner to send Legia through in a convincing manner and sending Cork City into the Europa League third-round qualifier in the process. 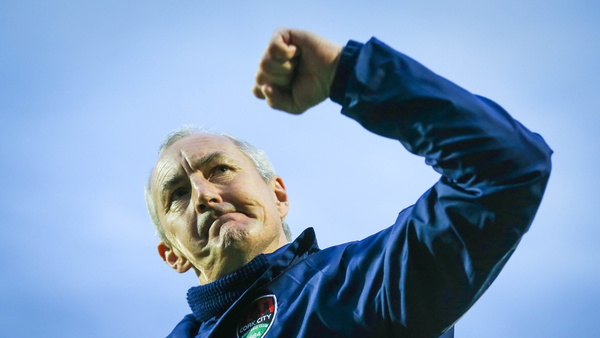