Liverpool have tested Roma's resolve with a €70m bid for Brazilian goalkeeper Alisson.

It's reported that the Merseysiders have stepped up their pursuit of the 25-year-old after rumours of their interest swirled throughout the transfer window.

They are now believed to have made an official offer for Alisson, though Roma may hold out for more. Last year they sold Mo Salah to Liverpool for €39m, a fee which looks like small fry considering the astonishing campaign the Egyptian went on to have.

It's believed that it still rankles in Roma, who regret letting the winger go for a relatively modest sum. A €70m deal would make Alisson the most expensive goalkeeper of all time, smashing the €39m Manchester City paid Benfica for Ederson - Alisson's back-up in the Brazil squad - last year.

Jurgen Klopp's side beat Roma in the Champions League semi-finals last term before losing 3-1 to Real Madrid in the decider.

Two howlers from German Loris Karius cost them dear in that final, and intensified the need for a top-quality stopper as Klopp looks to mount a title challenge.

In a shorter transfer window this summer, the deadline closes on 9 August.

Alisson started every game for Brazil at the World Cup, which ended at the quarter-final stage for the Samba Boys following a 2-1 loss against Belgium. 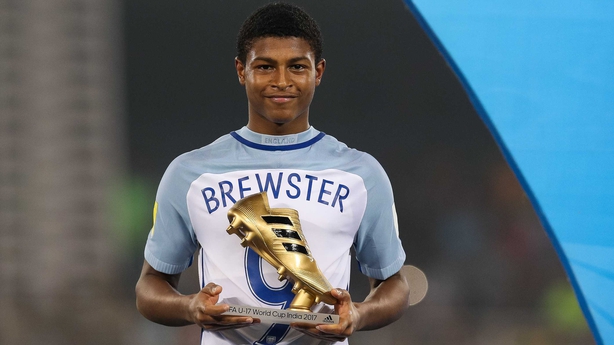 Brewster joined from Chelsea in 2015 and had been linked with Borussia Monchengladbach.

He told the club's official site: "It feels great. I've wanted to do this for a very long time now and I think it's the right moment for me and my family. I'm looking forward to getting back fit and making some appearances.

"I just wanted the opportunity to make it at Liverpool. Of course you have to look elsewhere sometimes and maybe somewhere else is a better place for you.

"I think Liverpool is the place for me. I can't wait to get started and get back fit.

"That's my aim (to play for the first team) to either be alongside Bobby (Firmino) or in front of him. Of course it's going to be hard because he's a great player and a great person.

"But I hope in the next two or three years I can be the number nine for Liverpool. Who knows what's going to happen?

"Ultimately, this is a great team that I want to be a part of. Not just being a number but a face of the team is hopefully what I can do.

"Getting back fit and fighting fit is what I want to do in the upcoming season, and prove to everyone I am good enough."

Brewster helped England win the Under-17 World Cup last year but his season was cut short after suffering ankle ligament damage playing for Liverpool's Under-23s against Manchester City in January.

He added: "I've been out for about six months now and it's quite far down the line. I'm hoping to be back by around Christmas. Hopefully by then I should be back fit and fighting for my place in the team."