Derry City manager Kenny Shiels said his side were very much second best in their Europa League defeat to Dinamo Minsk, but is hoping for an improved performance in the away leg.

The Candystripes fell to a 2-0 defeat at the Brandywell in a game where the Belarusians were always in control.

Goalkeeper Gerard Doherty made a number of fine saves while Conor McDermott was dismissed late on, but Shiels says he has no quibbles over the result.

"It put us on the backfoot straight away. Obviously they were the better team, we can’t deny that because we didn’t hurt them in any shape or form. 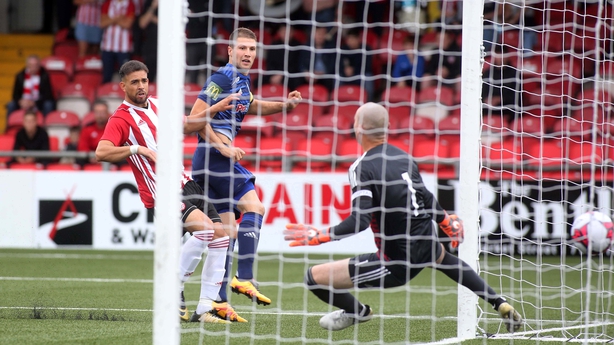 "We were more hopeful than we were creative. We worked really hard against a stronger opponent. The boys did as best they could."

Asked whether the dismissal had any impact on the outcome, Shiels said: "We weren’t going to win the game anyway. That was quite obvious."

Derry now face the huge challenge of travelling to Minsk looking for a positive result, though Shiels says they will go with a positive mindset.

"We have to go there with a plan"

"We have a lot of work to do over the weekend to get ourselves prepared from travelling Tuesday onwards, with the game on Thursday.

"We have to step up more for the away leg. We can’t be negative. We have to go there with a plan. If we could win the first-half, anything can happen. We will see how that goes." 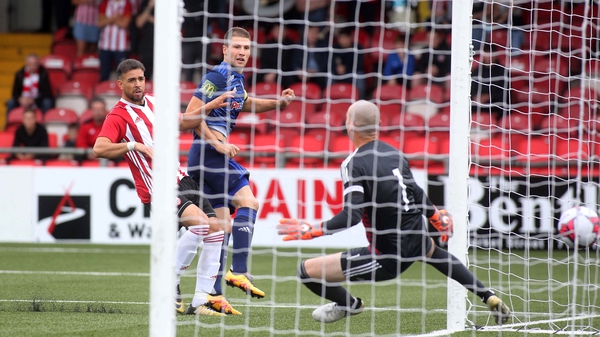 Derry disappointment as Minsk ease to victory at the Brandywell