Liverpool manager Jurgen Klopp accepts goalkeeper Loris Karius is going to be regularly scrutinised and criticised until he puts together a string of good performances.

The German's handling was back in the spotlight after he spilled a free-kick which allowed Tranmere to score in the Reds' 3-2 friendly win at Prenton Park.

Karius was at fault for two of Real Madrid's three goals in May's Champions League final defeat - after which it was revealed he was suffering from concussion - and Klopp knows the focus will continue to be on the 25-year-old.

"Yeah, it will probably happen for a while until he has a few fantastic games, that is how the situation is," said the manager.

"We cannot change that. Our job is to perform and you do what you do and that is part of the deal.

"You (the media) can all stop it immediately - promise? You never ask again, that would be one little step.

"It is obvious, we don't have to hide it. Yes he could have made that save even though the shot was not easy to deal with.

"Now Loris concedes that goal but we cannot start the story always after each mistake. Mistakes will happen.

"No-one likes that goal but if we talk about the second goal I think it was Millie's (James Milner's) fault together with (Pedro) Chirvella.

"Two brilliant footballers make this mistake, which one was the bigger? I would say the second one but we don't talk about that."

Karius' error handed the initiative back to the hosts, who pulled back a second when makeshift centre-back Chirivella's pass put Milner in trouble and Amadou Soukouana ran through to score.

Liverpool had led 3-0 at half-time through goals from Rafael Camacho, Sheyi Ojo and Adam Lallana, making his first appearance of pre-season. 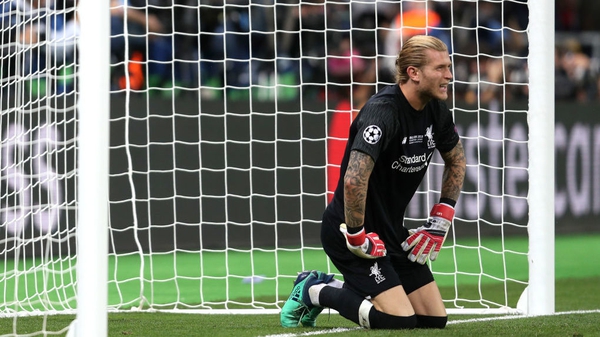 Klopp: Concussed Karius not to blame for Kiev howlers