Gareth Southgate has told England's players to play without fear and grab their chance against Belgium as they may only get one shot at the World Cup.

With progress to the last-16 already assured, both sides are planning changes for Thursday's Kaliningrad encounter despite the match deciding the winner of Group G.

Southgate dismissed talk that finishing as runners-up could be favourable, with the England manager looking to strike a balance between keeping key men fresh and squad players happy.

Wednesday was the two-year anniversary of the Euro 2016 humiliation against Iceland - a time when Southgate could never have imagined leading his country into this World Cup.

Yet the 47-year-old's reluctance to succeed Roy Hodgson was followed by a new approach after being parachuted into Sam Allardyce's hotseat, thanks to a mantra he is trying to impart to his players.

Asked if he felt fortunate to be in this position, Southgate said: "Yes, hugely. But it wasn't what I wanted to do.

"And I knew that my record with Middlesbrough, even though for me what I achieved with them in the first two years was better than anything I've done in the last couple of weeks, is held against you as a manager.

"I could see that the players were hungry enough and humble enough to be ready to take on board some of the ideas we were going to try to implement, so I thought it was worth having a go with them and that's probably the biggest thing I am pleased with"

"You are always judged on results but not necessarily all of the context and all of the understanding of where you are in your learning and everything else.

"But I knew that when somebody needed to step in that I was the best person to do that and keep the team on track and then I actually enjoyed it more than I thought I would.

"I could see that the players were hungry enough and humble enough to be ready to take on board some of the ideas we were going to try to implement, so I thought it was worth having a go with them and that's probably the biggest thing I am pleased with.

"I remember Chris Coleman after the Europeans (with Wales) talking about (how) you have got to go for things in life and don't be afraid to fail.

"That resonated with me because I'd probably just ruled myself out of taking the job.

"From talking to young people or my own kids, I would be saying exactly those things and I wasn't living it.

"So I felt then that I had to make sure that if there are opportunities in life you have got to go for it.

"Even as a young player you maybe only get one World Cup. You assume there will be more but you might only get one because of an injury or something else."

The fact only five survivors remain from the 2014 edition in Brazil only underlines Southgate's point. 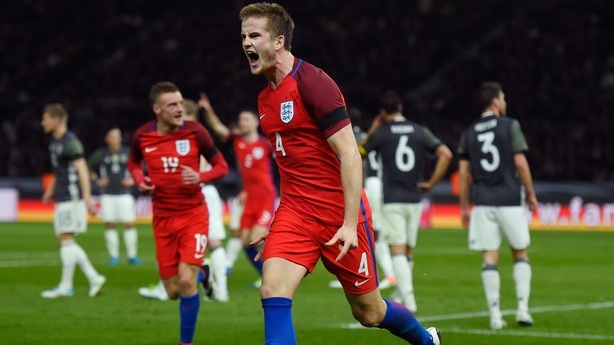 The England boss kept his cards close to his chest, only confirming that Eric Dier would make his first World Cup start.

Southgate knows how much that will mean to the defence-minded player, having headed to two World Cups as a squad member himself but only played at the 1998 tournament.

"My inherent nature is that I like people to feel included and to be part of what we're doing, and they all are," Southgate said, having watched from the bench in 2002.

"But of course as a player you don't really feel that until you're able to play and contribute.

"No matter what I can say, actually getting the guys on the field is far more powerful than anything else I can talk to them about."

Southgate wants to see another high level of performance on Thursday, when Dele Alli could return to the side after missing out against Panama with a thigh strain.

"He has trained fully with the team for the last couple of days," he added.

"We just have to decide whether to put him back in or whether it is more beneficial for him to have a slower build up.

"We are in the fortunate position, we do not have to risk him but if he is ready, we will put him in." 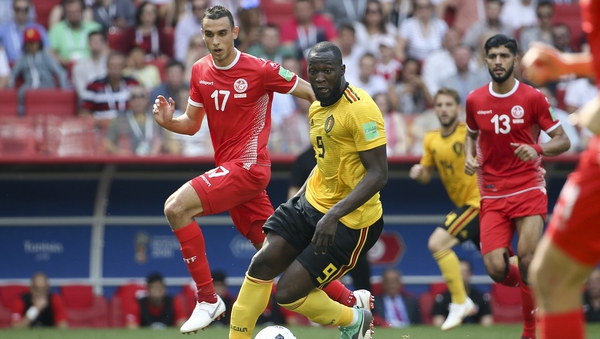 Ankle injury set to rule Lukaku out of England clash