Former England midfielder Lampard, who took over as boss of the Rams three weeks ago, takes his team to Reading on Friday, 3 August.

Derby also figured in the opening game of the 2017-18 campaign, drawing 1-1 at Sunderland. They went on to finish sixth but lost out to promoted Fulham in the play-offs, with Gary Rowett since leaving to join Stoke following their relegation from the Premier League.

The opening round of Championship matches, revealed by the EFL this morning, will be spread over four days. 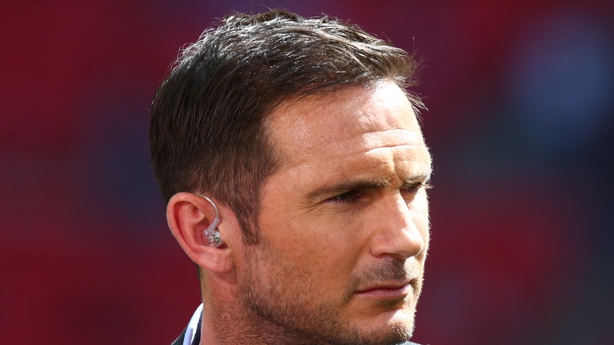 There is an intriguing contest at Elland Road on Sunday, 5 August, with Leeds hosting Stoke in what will represent the first competitive match with their new clubs for respective managers Marcelo Bielsa and Rowett.

Relegated West Brom, who confirmed Darren Moore as their permanent boss following an impressive stint as caretaker, open at home to Bolton while Graham Potter's Swansea - the other team bidding for an instant top flight return - have an evening game at Sheffield United.

Of the promoted trio, League One champions Wigan start at home to Sheffield Wednesday, runners-up Blackburn are at Ipswich and play-off winners Rotherham go to Brentford.

There is deja vu among the final round of fixtures. Bolton ensured survival last month with a final-day home win over Nottingham Forest and the two teams meet again in their final game of next season, albeit at Forest.

Lampard's Rams host West Brom in the most eye-catching May 5 fixture. Stoke finish at home to Sheffield United and Swansea are at Blackburn.

In League One, Joey Barton starts his management career at Fleetwood with a home match against AFC Wimbledon.

Sunderland, playing in the third tier of English football for only the second time after finishing bottom of last season's Championship, open with a home match against Charlton at 1230 on 4 August.

There are home games too for the other relegated sides, with Barnsley hosting Oxford and Burton taking on Rochdale.

League Two champions Accrington open at home to Gillingham, Wycombe face Blackpool and play-off winners Coventry tackle Scunthorpe, with the other team to move up - Luton - away to Portsmouth.

Macclesfield and Tranmere, back in the EFL after promotion last season, both start their League Two campaigns away from home.

Bury, Northampton and Oldham all start with home games as they bid for an instant return to League One, with Yeovil, Lincoln and MK Dons - the other relegated team - the respective opponents.

Carlisle have a near 700-mile round trip to beaten play-off finalists Exeter on the opening day, Notts County host Colchester and Mansfield are at home to Newport.

Grimsby begin at home to Forest Green, Cheltenham host Crawley, Cambridge travel to Port Vale and Morecambe are at Crewe.

THE FULL LIST OF CHAMPIONSHIP FIXTURES CAN BE VIEWED HERE