New Aberdeen man Stephen Gleeson has credited Derek McInnes for persuading him to make the move to Pittodrie.

The Republic of Ireland international signed a two-year deal with the Dons after a short spell at Ipswich.

The midfielder made over 100 appearances for Birmingham in the Sky Bet Championship before moving to Ipswich, but has been snapped up by McInnes to boost his midfield options since the departure of Kenny McLean, and after some initial doubts about the move, Gleeson has praised his new manager for attracting him.

"He is one of the most impressive managers I have ever spoken to on the phone," he told the club website.

"I haven't met him face to face yet but we have had numerous phone calls, and he is really impressive in how he sold the club and his ambition.

"Everything he wanted to do this year really made me make the final decision to come here.

"He is someone I think will improve me and I think we will get on well together on and off the pitch."

Gleeson, who described himself as an aggressive playmaker who likes to make others play around him, has progressed through the league in England and has four international caps to his name, but is looking forward to testing himself north of the border and admits the lure of the Europa League was too much to turn down.

"After speaking to people about the club, and coming up here, everyone was positive about the area and the city.

"At the start I was 50-50, but the more people I spoke to, the more I thought about it and it's an exciting challenge and I love a challenge so it was a no-brainer in the end."

He added: "When I finally retire and speak to my kids, if I could tell them that I have played in Europe, it would be magnificent." 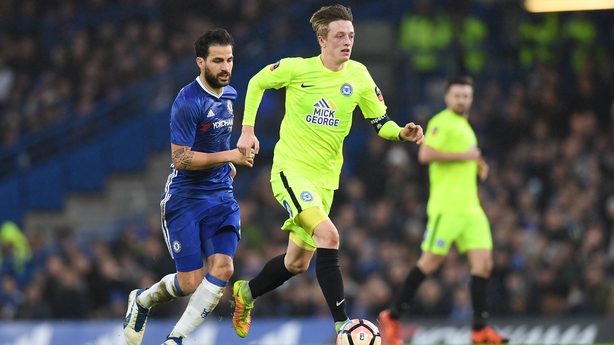 The 25-year-old  completed the move from Peterborough United after both clubs agreed an undisclosed fee.