Former Arsenal captain Patrick Vieira has been appointed as the new manager of Ligue 1 outfit Nice.

Vieira has left his head coach role at New York City FC to replace Lucien Favre at the Allianz Riviera.

The 41-year-old Frenchman had been linked with replacing Arsene Wenger at Arsenal following his departure but he now takes charge of a Nice side that finished eighth last season.

Speaking to NYCFC's official website, Vieira said: "It was of course really difficult, it was a tough decision because I spent two and a half wonderful years here.

"Not just professionally, I'm talking personally as well. My family enjoyed living in New York and being part of what New York City FC tried to build so it is a difficult decision.

"Since I have been in this football club it has been a real pleasure to work with the players I had.

"They made my job easy because they are hard workers and buy into the project and philosophy. The success I had here opened some different doors for myself."

Announcing Vieira's departure on their official website, New York City were quick to thank the former World Cup winner for his endeavours.

"Vieira departs after two and a half years at the helm having led the team to two consecutive play-off appearances and with a current second place standing in the Eastern Conference." 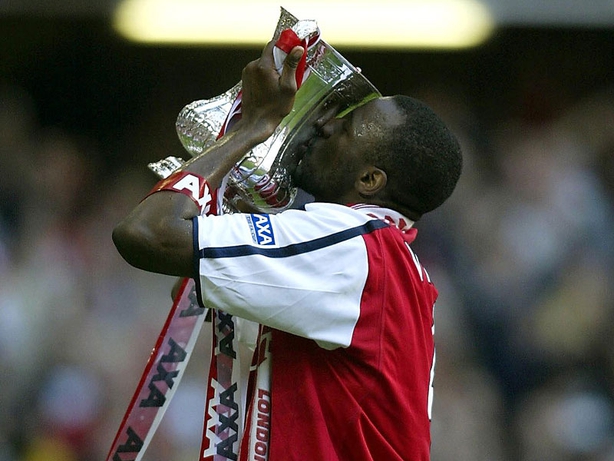 Vieira became a household name in England after joining Arsenal in 1996 as he went on to become the driving force behind three Premier League title successes under Wenger.

He captained the unbeaten 'Invincibles' side in 2003/04 before a spell in Serie A with Juventus and Inter Milan followed.

Vieira would return to England to play for Manchester City, going on to become a club ambassador and then the coach of the development team.

As the City Football Group continued to grow, branching out into Major League Soccer with NYCFC, Vieira would eventually become head coach in 2016.

Now he faces his first test as a manager in Europe, taking over at Nice as he looks to build a reputation similar to that he enjoyed during his playing career.