Shane Long will miss the Republic of Ireland's final game of the season against the United States on Saturday (kick-off 8.08pm), while Martin O'Neill confirms John O'Shea will play some part in the friendly.

O'Shea, who told the pre-match press conference that he has been doing his coaching badges, will lead the team out and play some part in the game, which will be the 118th and last of a Republic of Ireland career that began in 2001.

Long misses out with a knee injury but Burnley midfielder Jeff Hendrick is available again after missing the 2-0 defeat to France in Paris.

O'Neill also confirmed Shamrock Rovers attacker Graham Burke would make his home debut: "He has taken things in his stride. The experiences he has had, good and bad, has him in good stead. He'll certainly take some part in the game." 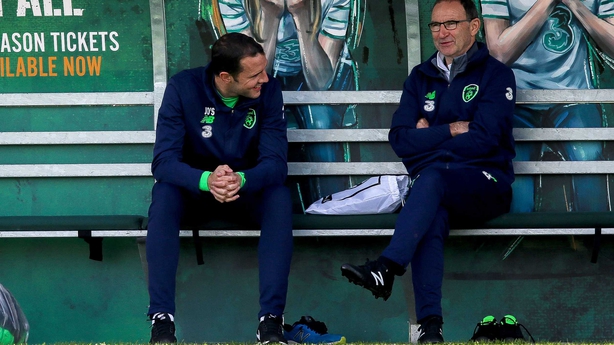 O'Shea added that he will not even consider his club future until he has brought down the curtain on his international career.

Asked if he had had any contact with the Black Cats' new owner Stewart Donald, the 37-year-old said: "No, no, no contact with anybody.

"Look, that's for the next few weeks to pan out. I'm sure there's lots of stuff going on because when stuff like that happens, there's plenty of plans and things need to happen.

"First and foremost, I'm just looking forward to tomorrow and hopefully getting a win, and the next few weeks will take care of itself."

Ireland boss Martin O'Neill paid tribute to O'Shea and his contribution to the cause.

He said: "I know people shower praise on someone who is just about to leave, but he has been a great influence.

"Even though just in recent times he would have less chance of playing with other players younger than he being in the side, to have him around and for him not to retire just after the Euros was particularly great for myself.

"I wanted him around at the time and his influence is there for all to see."