As we countdown to Russia 2018, we take a look at all 32 teams and suggest a reason to back them. With 14 days to the big kick-off, it is the turn of Saudi Arabia.

A hard sell we hear some of you say. True, the Kingdom of Saudi Arabia to address them by their official title, are rank outsiders and are certainly not among the more glamorous footballing nations competing in Russia.

They will however have the eyes of the world on them as they get the 2018 World Cup up and running against the hosts on Thursday 14 June, so for that reason alone, it might be no harm to have a brief look at the sovereign Arab state.

You would be hard pushed to find much support in suggesting that the Saudis will actually win a game, but still, Group A does offer a modicum of hope.

We really don’t know how much substance, if you pardon the expression, there is to hosts Russia, while Egypt could be an altogether different proposition if Mo Salah fails to recover fully from a shoulder injury. Those two games represent their best opportunities for a positive result, sandwiched in between a clash with Uruguay.

They could cause a shock, or even pick up a point, but the pre-tournament chatter would suggest departing Russia with their dignity intact would be an achievement as they are the rank outsiders with the bookmakers, with World Cup odds hovering at around 2000/1.

This will mark the fifth occasion that the Saudis have qualified for the World Cup finals.

After qualifying for four consecutive tournaments between 1994 and 2006, Saudi Arabia missed out in 2010 and 2014 but are back after finishing ahead of Australia in their qualifying group, so to quote RTÉ soccer analyst Eamon Dunphy, they may not be complete mugs.

The managerial situation is a mixture of farce, humour and puzzlement.

Bert van Marwijk, who led the Netherlands to the 2010 decider, was dispensed with despite getting the team to Russia.

Edgardo Bauza was duly dismissed nine days before the draw after only five friendlies in charge and Juan Antonio Pizzi, who failed to lead Chile to the World Cup, is now the man in charge.

Saudi fans will have happy memories of the 1994 World Cup, the only time they emerged from the group stages. If they are to repeat that trick again, a great deal of responsibility will fall on the shoulders of Mohamed Al-Sahlawi.

The Al-Nassr forward hit 16 goals in qualifying and the 30-year-old will need to put away any chances that come his way for a team likely to be on the backfoot for large periods.

We shouldn’t expect too many fireworks and not many of the players involved will be rolling off the tongues of Irish viewers, but for that opening day fixture at least in Moscow, Saudi Arabia will be front and centre at the 2018 World Cup. 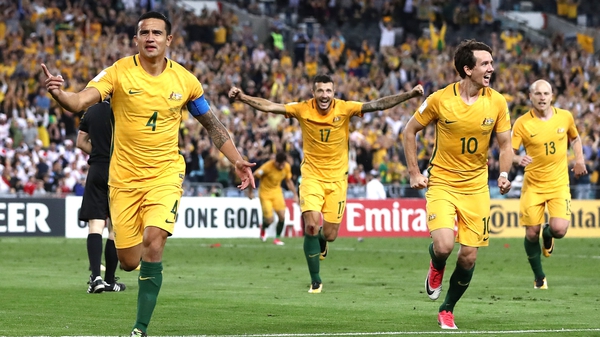