Real Madrid's match-winner Gareth Bale is seriously considering leaving the Spanish club but may wait to discover the future of team-mate Cristiano Ronaldo.

The Wales international came off the bench to produce a 29-minute man-of-the-match cameo with two goals, including a brilliant overhead kick, in the 3-1 Champions League final win over Liverpool.

Although that secured him a fourth European Cup in five years at the club it may not be enough to keep him at the Bernabeu with his game time being limited.

The out-of-form Karim Benzema was preferred as Ronaldo's partner up front as rumours persist Bale and the Portuguese star's relationship is not the best.

But with Ronaldo throwing his future into doubt by refusing to guarantee he would be at the club next season there may be an option for the Welshman to remain.

"I want to enjoy this moment first, then rest over the summer and I'm sure we'll sit down at the table and see what's for the best," he said.

"For me personally, I feel like I should be playing week in, week out and I haven't been. 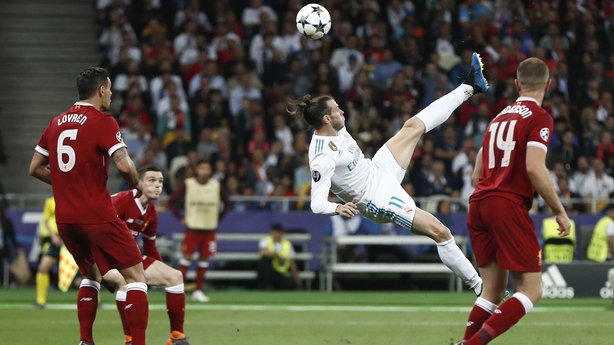 "I've been doing well, scoring goals, but I haven't been playing as much as I would like so, as I said, I am going to have to sit down over the summer and seriously consider what we do next."

When it was put to Bale that Ronaldo's comments suggested a change may be in the offing, he added: "I didn't know, I just got told about it now."

Bale was left out by Zinedine Zidane despite scoring five in his previous five matches after regaining his form following injury.

He did not try to hide his frustration having collected the man of the match award but felt he had proved a point with his performance.

"I was very disappointed not to start the game. I felt like maybe I deserved to start," he said.

"I have been playing well since Christmas, really, (so) anyone would be disappointed not to start a final.

"I got over my ankle injury just around Christmas; it took until then to fully recover and now I feel like I am getting stronger, getting better, and that I have a lot more left to give.

"That's why I feel like I need to be playing week in, week out - that's what I need to do.

"The most important thing is that I know how to be professional and when you come on you need to try to make an impact and I did that."

Bale's - and Real's - four Champions League titles in just five years is an amazing feat but he played it down.

"It doesn't really bother me to be honest. I know what I do, what I am capable of and what I have achieved," he added.