As we countdown to Russia 2018, we take a look at all 32 teams and suggest a reason to back them. With 18 days to the big kick-off it is the turn of Serbia.

As Serbia open their World Cup Group E campaign against Costa Rica on 17 June there will be more than a tinge of ‘what might have been?’ amongst all the Irish watching from the comfort of their sofas back home.

The play-off defeat to Denmark was comprehensive, but had Ireland managed a home draw against Serbia at the Aviva Stadium - as remaining results transpired - Martin O’Neill’s side would have gone to Russia as Group D winners.

But credit to Serbia, they came to Dublin, got their noses in front and held on, with only ten men, for dear life for the final 25 minutes to secure the narrowest of victories against an Irish side not accustomed to losing on home soil. 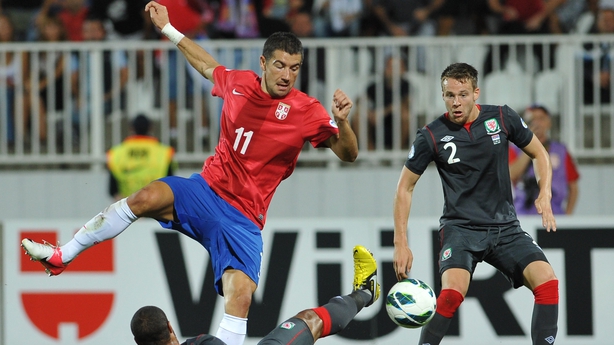 At the end of the game, Serbia celebrated as if they had won the actual World Cup as they were, at that stage, guaranteed at least second place in the group while also putting a huge dent in Ireland’s hopes of topping the group.

And while this Serbia side – under a new coach Mladen Krstajic – are going into this World Cup with little expectations back home, they certainly have the capability and the individual flair to aspire towards the knock-out stages.

That Ireland experience will stand to Serbia, and they should certainly summon that night in Dublin ahead of their World Cup opener against one of the surprise packets of the 2014 edition.

Aside from the away win against Ireland, Serbia’s qualification campaign was far from straightforward as they failed to beat Wales home or away and were beaten by Austria in their penultimate game, which made them require a victory on the final night at home to Georgia.

They took six points off Georgia, however, which was another aspect of the group which the Irish could not replicate.

One of Serbia’s main strengths is their ability to score goals as they bagged 20 in ten games during the qualifiers, including five against Austria and three against Ireland.

Their formation has constantly changed over the past two years, often employing three at the back, and now with a new man in charge, that trend appears set to continue as Krstajic used two different formations in their recent friendly fixtures against Morocco and Nigeria. 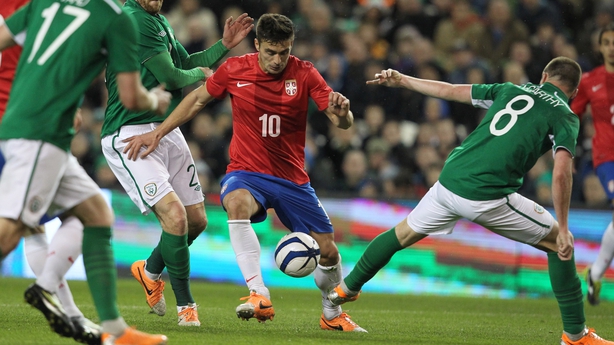 Serbia have goals throughout the team and do not have to completely rely on front man Aleksandar Mitrovic, as Dusan Tadic, Filip Kostic and Mijat Gacinovic all contribute, while former Chelsea centre-half Branislav Ivanovic is fond of a foray forward, not to mention former Manchester City defender Aleksandar Kolarov who smashed home the winner against Ireland.

But key to Serbia to enjoying a successful World Cup – getting out of the group would please the not-too-confident folk back home – is the role and form of Manchester United holding midfielder Nemanja Matic who sits in front of the defence and lets his side attack.

But a more conservative approach than usual is expected from Serbia in Russia with fellow Premier League midfielder, Luka Milivojevic, who plays for Crystal Palace, set to partner Matic in that particular role.

A lot is expected from the young Serbian striker who was named player of the tournament when Serbia won the Under-19 European Championships, and then came to prominence at Anderlecht while still a teenager and scored 36 goals in 69 appearances for the Belgian side. 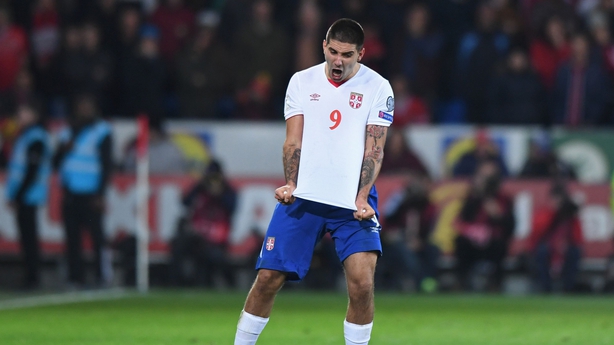 A move to England followed and while Mitrovic showed glimpses of his real potential throughout his two-year stint at Newcastle, the striker also courted controversy with a string of suspensions, and subsequently ended up at Fulham, on loan, for the second half of the season.

And the true Mitrovic has emerged once more, as his goals fuelled Fulham’s promotion charge to the Premier League under the guidance of fellow Serb and former FR Yugoslavia international Slavisa Jokanovic.

Mitrovic scored 12 goals in his opening 17 games for the Cottagers and will now be looking to take that form into the World Cup. And that sort of form can propel Serbia through to the Round of 16, while also alerting the big clubs in Europe in the market for a complete striker, a real number nine, goalscoring centre forward.

Serbia’s fate should be sealed in their opening two games of the group as they first take on Costa Rica in Samara on 17 June, before meeting Switzerland five days later in Kaliningrad. 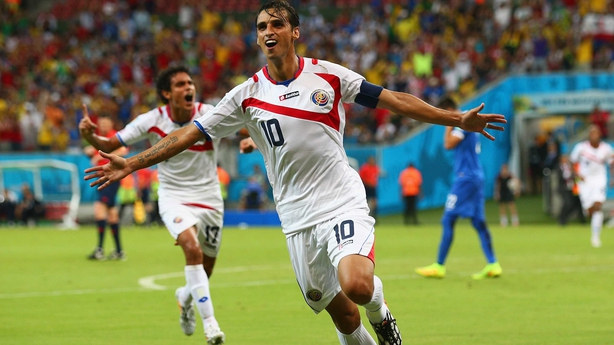 All three teams will fancy their chances of going through to the knock-out stages alongside group favourites Brazil, so Serbia will need to get their points on the board in those opening games.

They have the advantage of playing Brazil last, which could see them come up against an under-strength side should the South Americans have qualified by that stage.

A Round of 16 clash with reigning World Cup holders, Germany, is likely to await should Serbia progress.