As we countdown to Russia 2018, we take a look at all 32 teams and suggest a reason to back them. With 20 days to the big kick-off it is the turn of Spain.

Four years ago, Spain arrived at the World Cup in Brazil with a real swagger, one of the tournament favourites, having won the three previous major international trophies.

The golden era of Spanish football remained in full throttle having secured the European Championships in 2008, the FIFA World Cup in South Africa in 2010, before completing the hat-trick with another Euros victory, this time at the Poland/Ukraine-hosted edition in 2012.

Spain came to Brazil in 2014 and found themselves thrown into an immediate repeat of the 2010 final, taking on a Netherlands side, no doubt, intent of exacting revenge for that Johannesburg defeat four years previous.

That particular encounter turned into a war of sorts, as the high-velocity, and high-kicking Dutch – yes, you, Nigel de Jong – attempted to turn the match into a physical encounter, and despite taking the game to extra time, ultimately came up short as man of the match Andres Iniesta bagged the winner with the game just four minutes from a penalty shootout. 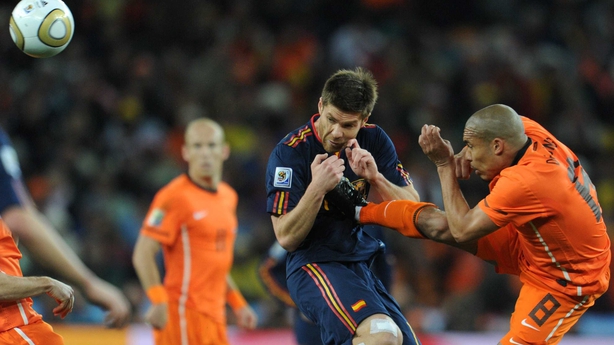 So four years later, Spain remained a far superior footballing side than the Dutch, yet perhaps akin to a boxing world champion defending the belt to a perceived weaker opponent, were caught cold, as their creeping complacency led to an embarrassing 5-1 opening-match defeat.

If that was bad, worse was to come, much worse, as Spain found themselves in a must-win encounter against Chile, but were turned over by a passionate and energetic South American outfit as Spain were eliminated with still one group game to play.

While many of Spain's top players remained in the squad for the Euros in 2016, the team again came up short, losing 2-0 to Italy in the Round of 16, which has resulted in a rebuild of sorts as the eight-year tenure of Vicente del Bosque came to an end as Julen Lopetegui was charged with taking the team to Russia.

Spain waltzed through the qualifiers, unbeaten in ten games, in a group including Italy, who ultimately failed to qualify as they only managed one point from six against the eventual group winners.

The new coach has not strayed too far from the template that has brought Spain so much success over the past decade but instead has made changes with varying formations, while assimilating some of the younger players from his former Under-21 side into the squad. 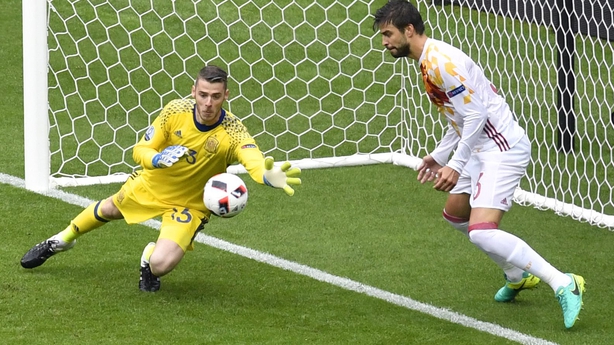 David de Gea, Koke, Thiago Alcantara, Dani Carvajal and Isco were all part of Lopetegui's Under-21 European Championships-winning side back in 2013 and all are likely to see plenty of action this summer with the national side.

The next generation appear to be in place as many of the stalwarts who have remained over the past six to ten years will perhaps move on after this tournament.

But in the meantime, this near perfect blend of the old and new should be there or thereabouts at the business end of this summer's showpiece.

The peerless Barcelona midfielder has been the creative spark throughout a decade of Spanish dominance and will no doubt have more to offer in this tournament ahead of his move to Japanese club side Vissel Kobe.

Perennially, and perhaps criminally, metaphorically speaking, overlooked for the FIFA Ballon d’Or – he managed to finish second in 2010 – Iniesta’s World Cup winner’s medal in 2010, while also scoring the winner in the final, will more than make up for the ten shared successes of Lionel Messi and Cristiano Ronaldo in that particular popularity contest. 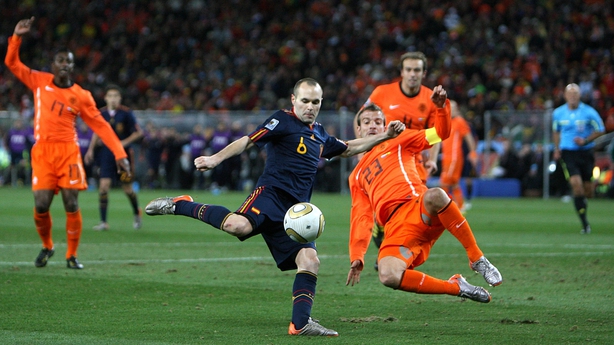 But time is about to be called on the international career of this complete footballer and one of the best midfielders the game has ever produced. Iniesta has arguably been the best playmaker since Zinedine Zidane was in his prime, and a baton the former France maestro was happy to concur with. "He reminds me of myself," once said a most modest Zidane.

So despite spending much of the season on the bench for Barcelona – Iniesta started 25 of 38 league games – thankfully Spain coach Julen Lopetegui sees the importance of the star midfielder and we will again see Iniesta pull the strings in midfield alongside fellow veteran David Silva, another who has been there since the Euro 2008 success, and Real Madrid’s Isco.

And with Sergio Busquets and Atletico Madrid’s Koke sitting deep, it is hard to see a more complete midfield unit in this tournament.

With the midfield sorted and full of world class, established players, Spain’s defence is equally formidable, boasting a La Liga quartet taking two each from Barcelona and Real Madrid.

One-time right back Sergio Ramos has matured into one of the best centre-halves in the world, and will again line out alongside Gerard Pique, whose politics might not to be the liking of many Spanish fans but have not cost him a place in the 23-man squad for Russia. 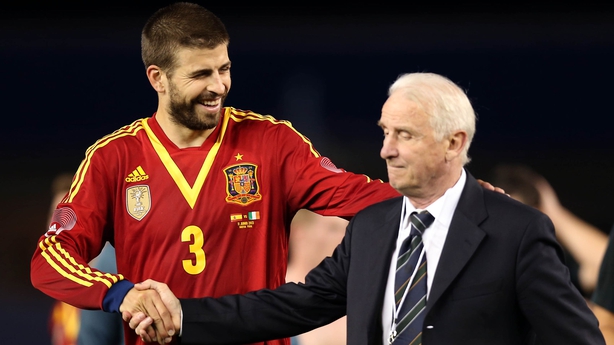 Jordi Alba will again prove a real threat bombing forward from the left-back position, while Dani Carvajal will slot in on the right.

Again, there is no better back four on paper at this World Cup and with de Gea between the sticks, expect Spain’s entertaining attacking play to be matched by its rock-solid defence.

Spain have not been able to rely on a man to lead the line since Fernando Torres was in his prime, which goes back to the World Cup in 2010.

Vicente del Bosque opted to go with the ‘false nine’ for Euro 2012 and his formation, which effectively included a six-man midfield and no recognised striker, went on to win the trophy, beating Italy 4-0 in the final, albeit Torres coming off the bench to score the third goal. 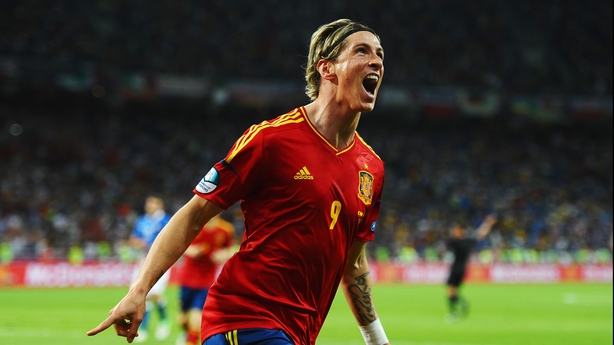 The Diego Costa experiment failed catastrophically at the 2014 World Cup, while Álvaro Morata and Nolito appeared to be the solution for Euro 2016, however, Spain drew a blank in the Round of 16.

So on to 2018 and the final cull has left no place for Chelsea’s Morata, with Lopetegui bringing Diego Costa and Valencia’s Rodrigo to Russia, alongside former Liverpool flop Iago Aspas, who has enjoyed a great season at Celta Vigo.

And it is Aspas who is likely to get the nod for the opening clash with Portugal as the striker brings energy to the side and looks the best fit to complement the midfield unit in behind.

Spain will already be looking beyond the group stages but face what should be the decider in their opening game as they take on fellow Iberians Portugal. 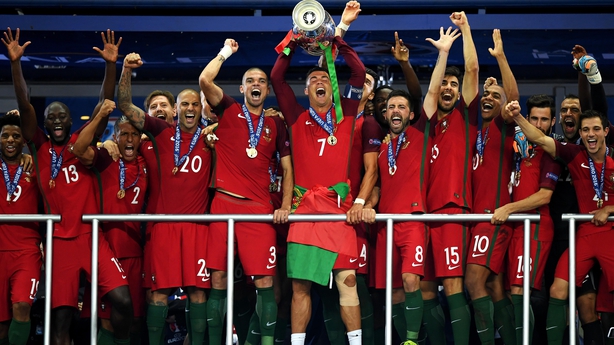 The winners should take top spot with Iran and Morocco unlikely to trouble either of the Europeans for a place in the last 16.

Either way, Spain will take on one of the teams from Group A for a place in the quarter-finals, which contains the relatively weak quartet of Russia, Uruguay, Egypt and Saudi Arabia.

France or Argentina will be waiting in the quarters, by which time Spain will have to be at top gear to reach the semis.