Lyon lifted the Women's Champions League trophy for a third straight season by beating Wolfsburg 4-1 after extra-time in the final in Kiev.

The French club hit back after Pernille Harder had given Wolfsburg the lead early in the first period of extra-time with goals from Amandine Henry, Eugenie Le Sommer, Ada Hegerberg and Camille Abily.

Wolfsburg were reduced to 10 women two minutes after Harder's low long-range effort had given them the lead in the 93rd minute. 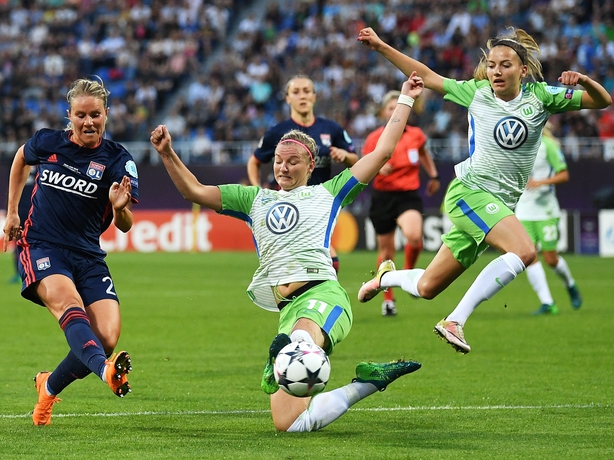 Lyon turned the game on its head within 60 seconds when Le Sommer turned home Shanice van de Sanden's cross and Hegerberg converted their third from close range at the end of the first period.

It was Hegerberg's 15th goal in the tournament - a new record - and Lyon threatened to run amok in the second period as Wolfsburg visibly tired, with Abily brilliantly converting their fourth goal after a sweeping counter-attack.