The 46-year-old old signed a three-year deal on Wednesday to replace Arsene Wenger at the Emirates Stadium as the club looks to the future with a new structure and a fresh face as the figurehead.

Wenger left the club at the end of the season following 22 years in charge with Emery now tasked with improving on a sixth-placed Premier League finish last season.

The former Paris St Germain boss spoke in English at his unveiling as he targeted a return to Premier League glory.

"Thank you, Arsene Wenger, for your legacy. For all the coaches over the world, he's a reference and I learned from him all the things in football," he said.

"I believe in the players who are here. The objective is to work together, to work hard with this talent. The target is to be a candidate and to challenge for the title.

"It is very important for the club after two years outside the Champions League to work this way, to be the best club, the best team in the Premier League and also in the world."

The former Valencia and Spartak Moscow boss, who won three successive Europa League titles at Sevilla before moving to Paris, was handed a three-year deal as Wenger's replacement.

Arsenal chief executive Ivan Gazidis revealed everyone interviewed for the role was keen to take on the challenge of what he deemed to be the "most attractive" job within the game.

"We believe there is not a position in world football that is more attractive than Arsenal Football Club," he said.

"Having gone through that process and series of references, and a good deal of analysis, we created a long list, an eight-person list. 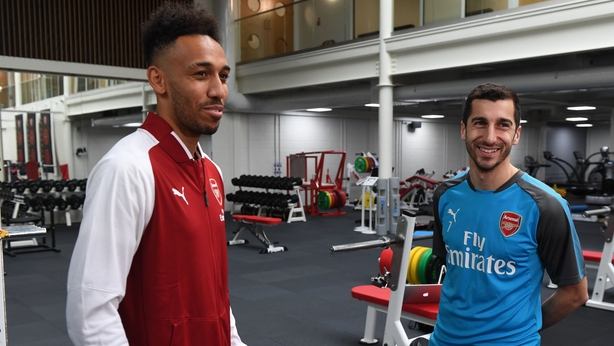 Meanwhile, Henrikh Mkhitaryan, who joined the Gunners in January from Manchester United, wants to see a new approach from Emery in the coming months.

"I still haven't had an opportunity to meet him," he told VivaroNews Sport.

"I haven't talked to my team-mates about him. I would like to meet him.
"Everyone at the club is a professional. Everyone knows what he should do and what he is expected to do."