As we countdown to Russia 2018, we take a look at all 32 teams and suggest a reason to back them. With 21 days to the big kick-off it is the turn of Peru.

For the first time since 1982, Peru are dining at the World Cup table and will take their place in Group C alongside France, Australia and Denmark.

There was much joy last autumn when the Peruvians became the last team to qualify for Russia. A 2-0 aggregate win in their inter-continental play-off against New Zealand sealed their spot. This, after the drama of securing the final qualifying berth in the South American section, courtesy of a 1-1 draw against Colombia.

A goal down late on, Colombian keeper David Ospina tries to save Paolo Guerrero’s indirect free-kick and touches the ball as it flies into the net. Had it gone straight in it would not have counted and Peru would have been out. 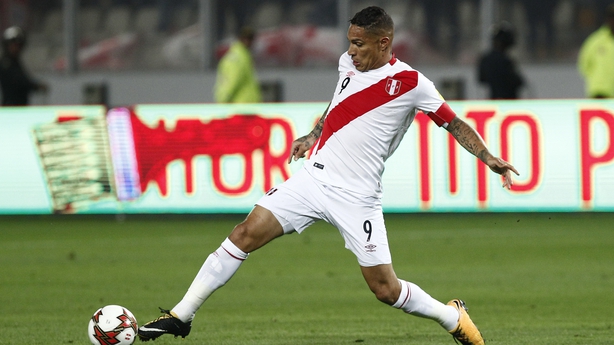 Guerrero is Peru's key man and captain but as things stand he will not be on the plane to Russia. Last October at a hotel in Lima, the 33-year-old sipped aromatic tea made from coca leaves - a banned substance.

Following a positive test, Guerrero was initially banned for 12 months, but that suspension was halved by FIFA's appeal committee.

However, the World Anti-Doping Agency appealed to the Court of Arbitration for Sport, which then imposed a 14-month suspension, a decision which caused thousands of Peruvians to take to the streets in protest.

Guerrero's loss is a huge blow for Peru, with many commentators highlighting the severity of the CAS sentence, stating that no sporting advantage could be sought by the former Bayern Munich player sipping the tea in question.

In Guerrero's absence, much focus will be on Lokomotov Moscow's Jefferson Farfán. He has had a chequered career for the national team but he did score vital goals in qualifying and will very much be the link man as the Peruvians look to advance to the last 16.

Watford's Andre Carrillo will also be entrusted with finding the net but there is no place in the squad for 39-year-old Claudio Pizarro - the former Chelsea and Bayern Munich player now deemed surplus to requirements in  the mind of Peru's Argentinian coach Ricardo Gareca. 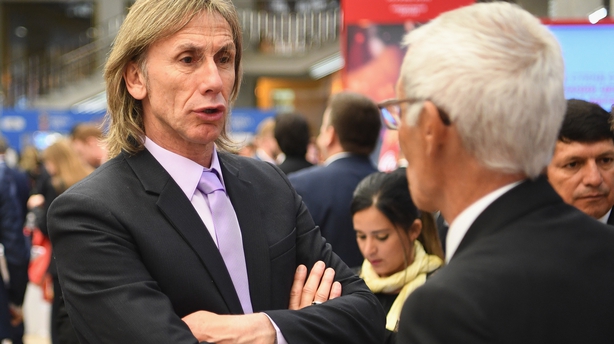 Gareca enjoyed a productive playing career in his homeland, lining out for the likes of Boca Juniors and River Plate. In over 20 years of management, the 60-year-old has worked in Argentina, Brazil, Colombia and Spain.

In 2015, he took over as Peru coach, leading them to the semi-finals of the Copa America.

Looking ahead to Russian adventure, Gareca is confident the side can deal with the loss of Paolo Guerrero.

"Paolo is a sensational player, an idol, but life goes on and we have to represent the country in the best way possible," he told reporters.

"We are going to be prepared for the maximum of demands and we are going to resolve all the possible inconveniences that present themselves.

"These boys grow when they come here, they are transformed when they pull on that shirt."

Also missing from the tournament will be legendary tv commentator Daniel Peredo, who dropped dead of a heart attack in February at the age of 48.

Here is a clip of Peredo in action, describing Peru's 2-1 win over Bolivia last year.

All you need to know: Allianz Football League weekend